Potty training: the toddler rite of passage. For parents, we envision the other side with positives like cute underwear and saving money not buying diapers. But we also dread the thought of training our littles to go on the toilet. Or maybe you’re motivated, and your child is ready to tackle it all at a young age. That’s super! But this post is not for you! This post is for the parents who just aren’t sure where to start, and they think their older toddler is ready for potty training.

Quarantine 2020 mostly sucked, but there was a silver lining: all the extra time at home allowed us to potty train our three-year-old son. He had been intermittently using the bathroom for months, but without an extended time at home, like what we got in March, April, and May, it was hard to really incentivize him to ditch diapers. Plus we didn’t want his teachers at daycare responsible for a ton of pee clothes all the time.

If you’re lazy parents like we were/are, you’ll let your child potty train when they’re ready, not when you think they should be ready or when they hit some milestone, like two or three years old. You won’t buy a potty seat to keep in the living room, because let’s be honest, it’s gross and not really getting them used to the regular toilet anyway. You also won’t buy pull-ups because that still costs money and they’re similar to diapers.

Your goal will be to minimize the number of steps between diaper and underwear, with the least amount of stress for both you and your kid. And if you’re a lazy parent, you might just wait to potty train until it’ll be a matter of days or short weeks, with few (if any) tears, instead of the process taking several months with ups and downs. Lazy parents don’t have any more time in their day for added stress.

All you’ll really need is:

If you’ve got some extra time with your kiddo at home, it could be a great time to potty train. This is what helped us the most:

And this is what we didn’t do, which also helped immensely:

Our biggest obstacle was Gabriel not wanting to take a break and pee because he wanted to keep playing. That did lead to some pushback now and then. In the beginning, we did give him one M&M for pee and two M&Ms for Number Two. Sometimes he still asks for them. 9 times out of 10, he wasn’t afraid of using the potty, and the songs and books kept him occupied long enough to do his business. We still had (and continue to have) occasional accidents, but he enjoys going to the bathroom by himself. It’ll be a little bit before he’s potty trained overnight, but we’re not on anyone else’s timeline except his.

This was my first experience with potty training, and even though he could have started sooner, it didn’t take that long once we really got going. He’ll be four in the fall.

The biggest part of being a lazy parent with potty training is that you don’t need a bunch of stuff to do it. Sticker charts are great, but they’re really not our thing. Potty seats might work for some, but to us, it just wasn’t necessary. The lazy approach worked for us because we didn’t really care when he potty trained and we had a lot of extra time at home. He was older when we did this, so he had more control over getting himself to and from the bathroom; that was also key.

So, if you feel like your older toddler will never not be in diapers, or you have a friend whose kid potty-trained much sooner, please don’t stress. It’ll happen. Every kid is different, and toddlers like to do things in their own time. Your situation might be different, but hopefully, this will help you in your own journey to get rid of diapers! 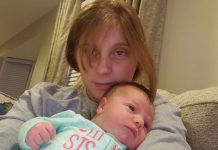 The 411 on the Four Month Sleep Regression 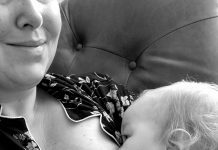 World Breastfeeding Week Should Include Formula 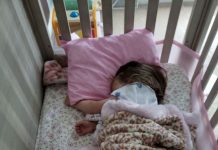 Toddlers And The Great Bedtime Debacle