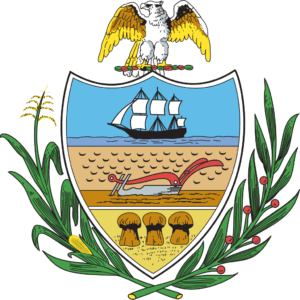 Originally our fair county was at one time Westmoreland County. So you can imagine in an age of horse and buggy transportation being so spread out was not very convenient when it came to conduction official business.  The local men of influence came together in 1788 and decided it was time to form their own county. A petition was written and here we are. But what makes this so amazing is that among the signers of this petition were four black men. Think about it, at a time when black men were held as slaves in the same town there were also black men making powerful decisions. Their names were Benjamin Richards, Charles Richards, David Saven, and David Betty.

Of these four men one stands out in particular, Benjamin Richards. He was a local butcher who secured contracts with the military and became at one point the wealthiest man in the region. Not just the wealthiest black, he was the richest man in Pittsburgh. He was significant land owner and very well known. His name and that of his son Charles Richards were cited as being influential in the discussion of abolition in PA. Charles Richards became notable on his own by having what one traveler called the finest inns outside of Philadelphia.

I searched for more information on these founding fathers of Allegheny County but did not come up with much more than what I have shared. This Black History fact was so exciting to learn that I decided to share it with just this limited information. But I will continue my efforts and sharing anything new I may come across.