I was driving my normally quite exuberant daughter home from preschool recently, when I noticed she was acting differently. Instead of excitedly recounting her day to me on the drive home, she seemed melancholy, slouched in her car seat, blankly staring out the window. When I asked her how her day went, my daughter murmured words a dad never wants to hear. “Timmy told me today at school that girls can’t be astronauts. I really, really want to be one when I grow up, but he told me it was a boy job, not a girl job.” As a parent, I encourage my daughter to try new things, explore the world around her, and pursue her passions with pride. Like most dads, I tell her she can be anything she wants to be when she grows up if she works hard and is nice to people along the way. But now, with just one offhanded comment from a classmate, she feels stifled—and she’s only four-years-old! I know I can’t protect my daughter from all biases and stereotypes that exist, but I want her to know deep down, that she can do anything—she can be an astronaut. 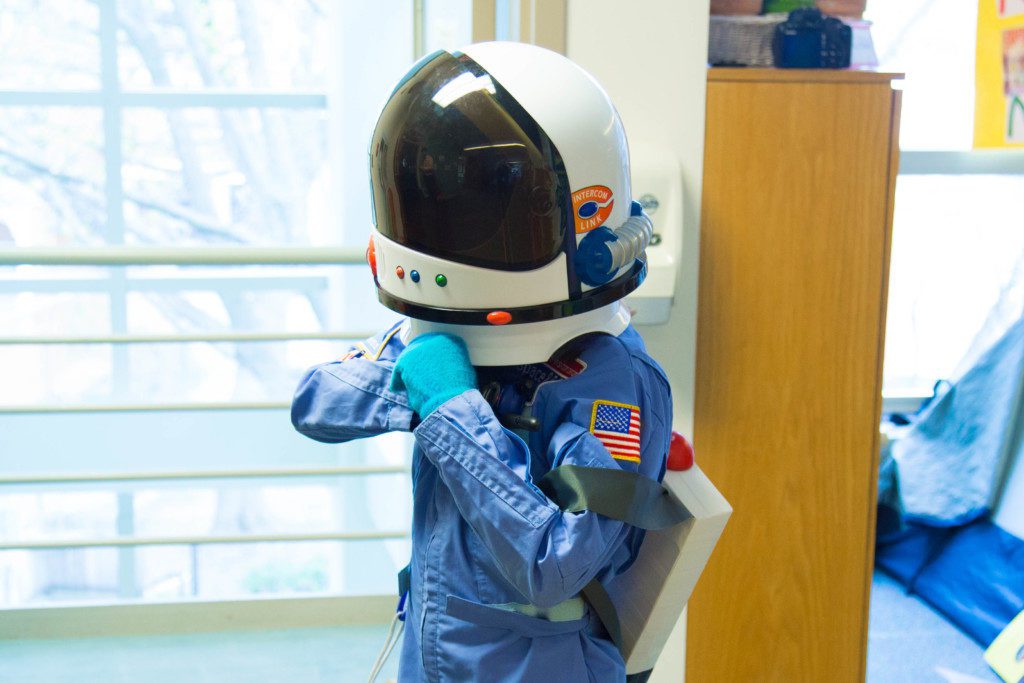 Has anyone ever told your daughter that she couldn’t do something because she was a girl? Girls don’t play with trucks, girls don’t wear blue, girls aren’t good at science or math, and they most certainly can’t be astronauts. These are all stereotypes that most believe to be relegated to a bygone era when a limited selection of professions were available to women. But in today’s world, unfortunately, these preconceptions of what women can and should do are still prevalent regardless of the fact that Sally Ride was the first American woman in space in 1983 and Mae Jemison was the first African American woman to travel in space when she went into orbit in 1992. 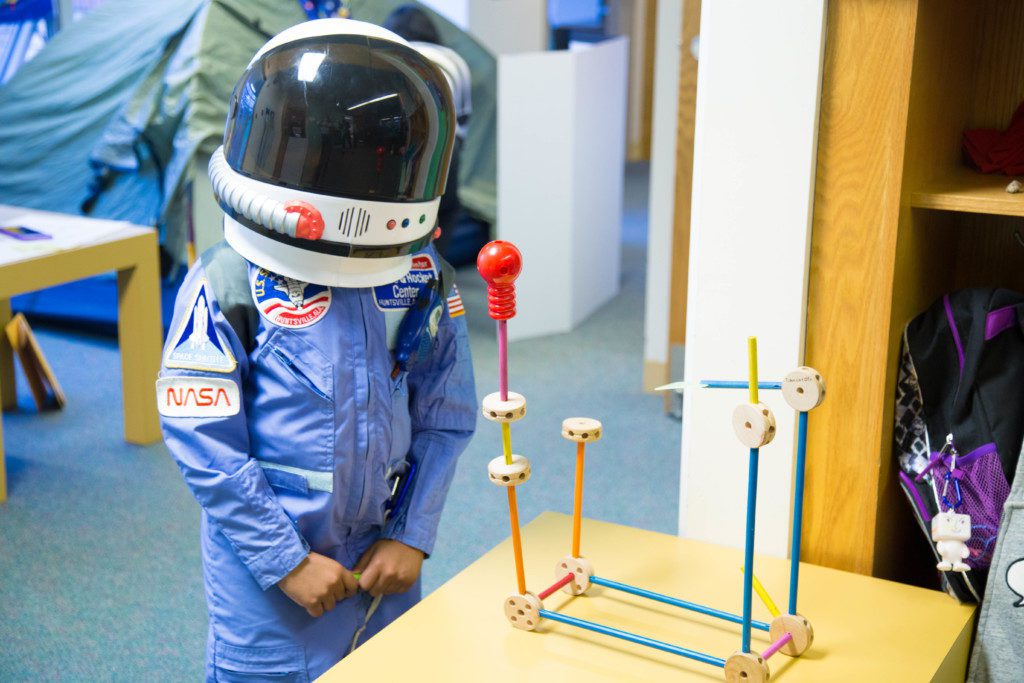 Entering preschool can be a nervous time for both students and parents but it is a crucial stepping stone that sets the stage for a child’s long-term success. As soon as your daughter steps onto a school bus or through the doorway of a classroom, you no longer have control over what she will encounter. School ultimately becomes a child’s home away from home and it is important that the academic environment and philosophical principles on which the school is based align with your family’s values, especially when it comes to biases and stereotypes. Gender roles become ingrained in children at a very early age, and whether intentionally or inadvertently, they are often reinforced by those around them. For instance, when researchers examine children’s spontaneous associations about boys and girls, a consistent pattern is found from preschool through fifth grade: girls are seen as nice, wearing dresses, and liking dolls, and boys are seen as having short hair, playing active games, and being rough.

As a parent, you want the best for your daughter. At home, you instill good values in your daughter to shield her from the adverse forces she may encounter in the outside world. Do you know if these same hopes and values are reflected throughout her school day? Finding an educational setting where there are no stereotypes about what girls should do, but unlimited expectations about what girls can do, is paramount to her development. All-girls schools provide an environment where girls unlock their awesome potential and thrive.That’s why all-girls schools are so incredibly powerful and paramount in today’s world.

At an all-girls school, your daughter will be insulated from negative stereotypes and traditional gender roles during the crucial time when she has not yet developed the skills to distinguish between what she can actually do and what is being informed by biases. No longer the prim and proper finishing schools of the past, all-girls schools have evolved into progressive and rigorous academic settings that bypass the boundaries of what is possible for girls and equip them with the confidence and leadership skills they need to push into territory that has been historically reserved only for men. Did you know that a third of female corporate board members of Fortune 500 companies are all-girls school graduates? Whether your daughter has dreams of being a C-Suite executive, a school teacher, or an astronaut—at an all-girls school, she will know nothing will stand in her way. 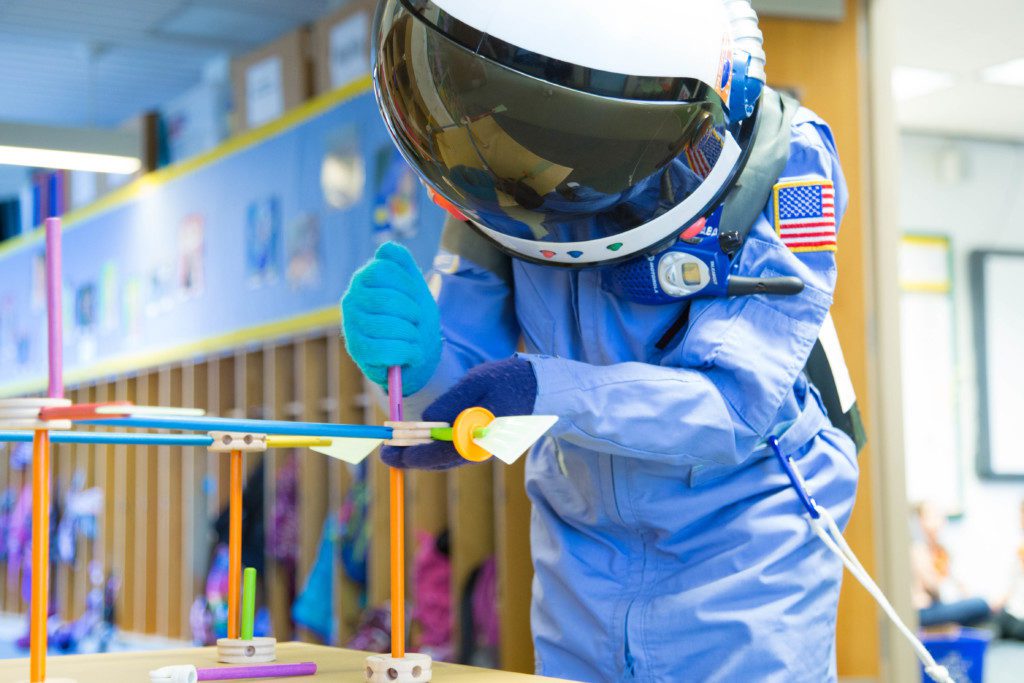 At The Ellis School, Pittsburgh’s only age 3 to grade 12 all-girls independent school, girls receive this message every day. The pre-kindergarten program at Ellis not only prepares girls to learn how to read and write, but provides an opportunity for your daughter to discover her individual potential and defy stereotypes about what she can do. As the introductory school experience for young girls, pre-kindergarten at Ellis sets the stage for future success in school, at home, and in the greater community.

In setting the stage for your daughter in preschool, it is as much about academics and character development as it is about cohorts, peer groups, teachers, school philosophy, and the messages your daughter will internalize in her daily environment. It’s about telling girls they can be anything they want to be. And that most certainly includes astronauts. To learn more about the pre-kindergarten program at The Ellis School, complete an inquiry form or call 412-275-5656.

This sponsored post is brought to you in connection with our partnership with The Ellis School.