Before my 4th son was born, I didn’t think much about inclusion. When he was diagnosed with Down syndrome a few weeks after birth, I suddenly had a long list of worries, fears, and questions. I learned everything I possibly could about Down syndrome, but it turned out that life with Ds was surprisingly typical for our family. When it came time for Liam to start Kindergarten, we finally had to push for something we felt strongly about: Inclusion.

In the past, kids who had special needs were often put in a separate classroom from their neuro-typical peers, or even sent to a special school. Thankfully that thinking has changed, but not everybody is on board. There are still some schools that fight inclusion because it’s simply easier and cheaper to keep kids with special needs in a contained classroom.

That being said, what’s easiest and cheapest isn’t always right! There is so much research on inclusion, and the overwhelming conclusion is that inclusion is beneficial for kids of ALL abilities! 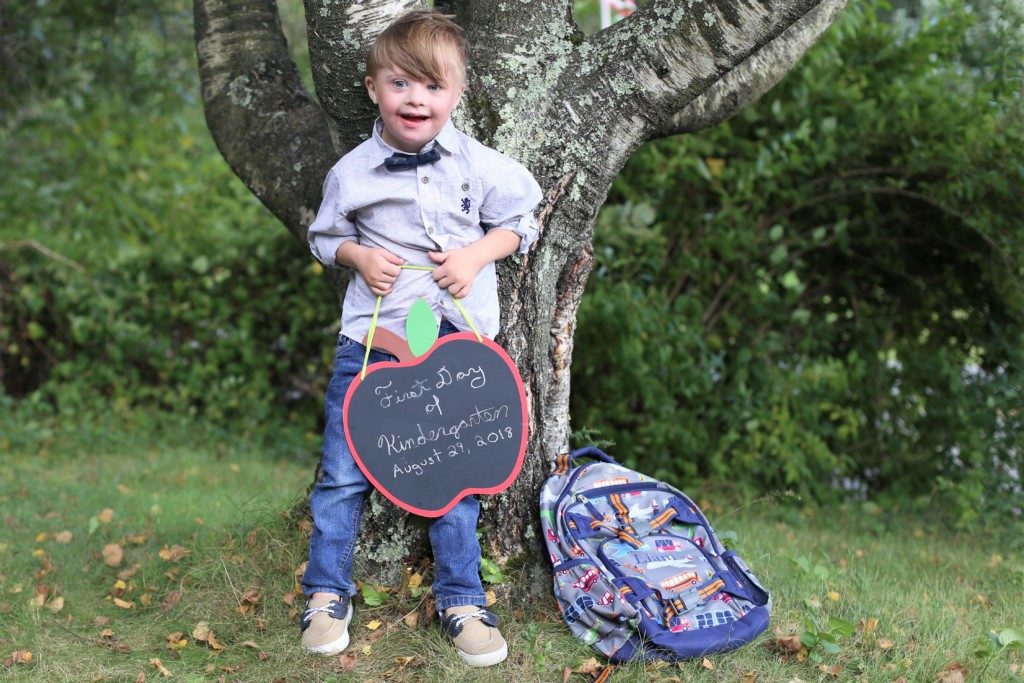 When it came to Liam’s education, we knew that inclusion was the right choice for him. Although we chose to send him to a preschool for kids with IEP’s, he was otherwise fully immersed in the community. We didn’t hide him in our home or opt out of doing things. He did everything that his neuro-typical siblings did, and he played with his neuro-typical peers. We knew he was ready to move on to a general ed classroom.

Unfortunately, like many special need parents, getting what we wanted for our son was a very stressful, emotional process. I was ready to give up entirely, and just homeschool him. The law states that Liam had to be placed in the Least Restrictive Environment (LRE), and initially, it didn’t seem like that was what our school district was doing. We requested a meeting, and went into it armed with loads of research. We did our work, we knew what was right for our son, and we were ready to fight!

Inclusion is beneficial for kids with special needs.

Kids who have special needs are capable, but  just need a little extra help. They do not live in a world separate from ours. They are kids just like any other, and they live alongside their neuro-typical peers. Why shouldn’t it be the same in school?

For kids with special needs, peer role models can motivate them the most. If they are placed solely in a separate classroom, they lose out on valuable learning opportunities. Most parents want their children to have an education, not just life skills that are the focus in many special ed classrooms.

From a Down syndrome standpoint, the National Down Syndrome Society states that an inclusive setting is the BEST setting for children who have Down syndrome. This is true for most children with special needs. They need to interact frequently with a group of age-appropriate role models, and learn by example in general ed classrooms.

Research shows that inclusion works best when introduced at a young age. Younger kids tend to be more open and accepting, and the bond between neuro-typical kids and kids with special needs can become stronger if inclusion is introduced early.

The most important thing to remember is that kids with special needs are human beings. They have the same rights as any other child, and they deserve an education in an inclusive setting, even if they need a little extra help along the way.

Inclusion is beneficial for neuro-typical kids.

Studies on inclusion have shown that neuro-typical kids who are exposed regularly to kids with special needs grow up to be kinder, more compassionate adults. They are able to learn from a young age that we all have unique differences, but are still very much the same.

Learning in an inclusive classroom can help teach valuable life skills such as patience and understanding. It can also help kids adapt better to different work and learning environments.

In any classroom, there will be disturbances. Life, however, isn’t perfect, and kids need to learn how to live in the real world.  And in that world, there are people of ALL abilities. Introducing inclusion at a young age helps minimize our differences, and that’s called progression! 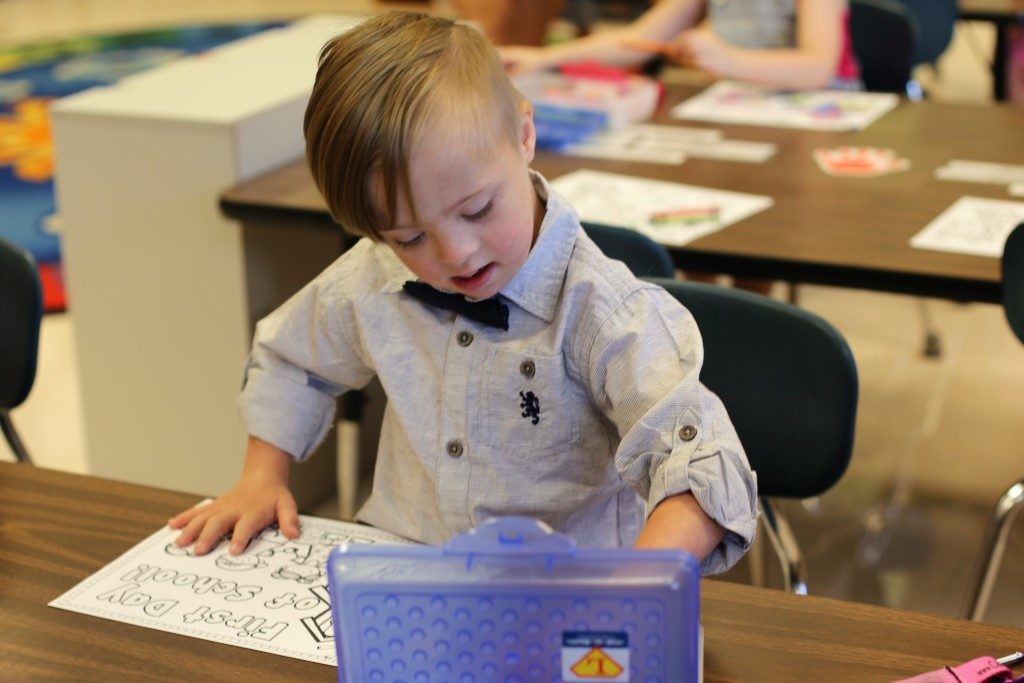 From a personal standpoint, I can vouch for all of those statements above. My two older neuro-typical children were often placed in inclusive classrooms, and I truly believe it benefitted them greatly. They are better kids not only because of their little brother, but also because their classmates with special needs taught them compassion.

This year, my 7 year old has a little girl who has Down syndrome in her classroom. She was so excited when she came home, and said she loved having a friend who was just like Liam in her class.  I loved that she used the word friend. Inclusion truly rocks!

As for Liam, he isn’t the only child with Down syndrome in his class! I can’t help but think that the two of them are going to do an amazing job bringing Down syndrome awareness to their school. They have the chance to show their peers what Down syndrome is really like. Above all, they are more alike than different, and they deserve a chance to learn and thrive alongside their neuro-typical peers!

In the end, everything worked out well for Liam. He started Kindergarten on Wednesday, and the school year is off to a great start! He splits his time between a general ed classroom (YAY, Inclusion!) and the special ed classroom. Liam has a wonderful team of teachers working with him to make sure he thrives in Kindergarten. Judging by how much he learned in just two days, we know this is the right placement for him! All the studies and research is true. Inclusion WORKS! 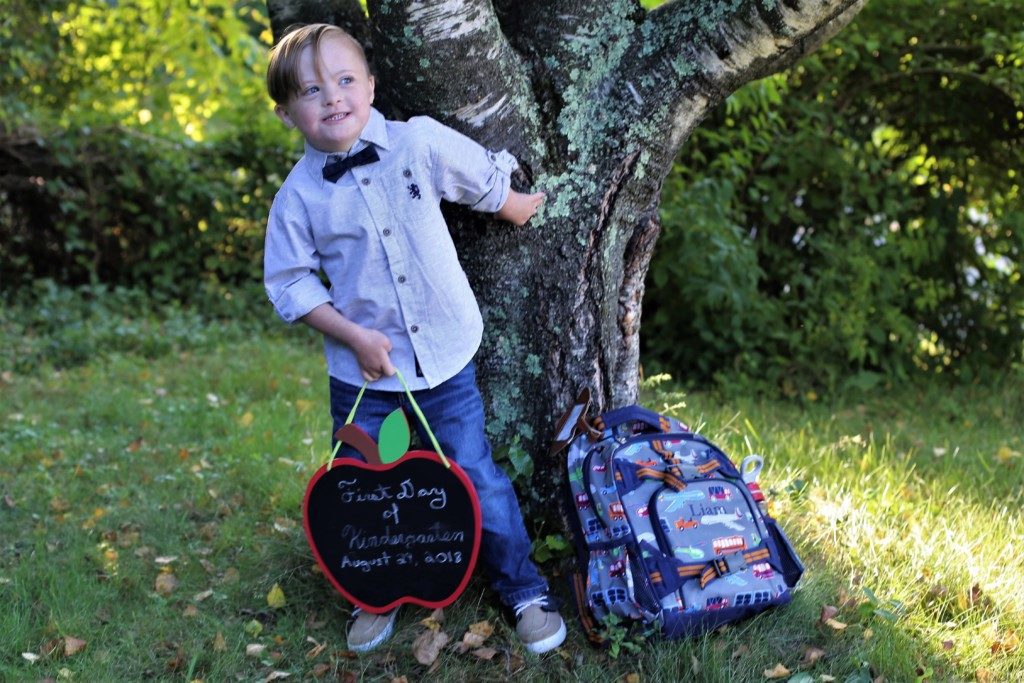