By 13 months old my daughter understood what “mommy has to go potty” meant and would knowingly walk over to the bathroom door. She spends a lot of time in there with me and we’ve found ways to keep her entertained. Bathtub toys are great even without water. A box filled with tampons and pads is comically fascinating to her. Shower caps are now at the height of toddler bathroom fashion.

This is what it’s like to have a baby and live with ulcerative colitis.

If you’ve read my posts so far, you know a bit about me: average yet avid runner, lover of sangria, bad at sugar coating. But let’s delve a little deeper. May is National Digestive Disease Awareness Month and what better way to acknowledge it than (over)sharing my personal experience with colitis and how it jives with parenting. 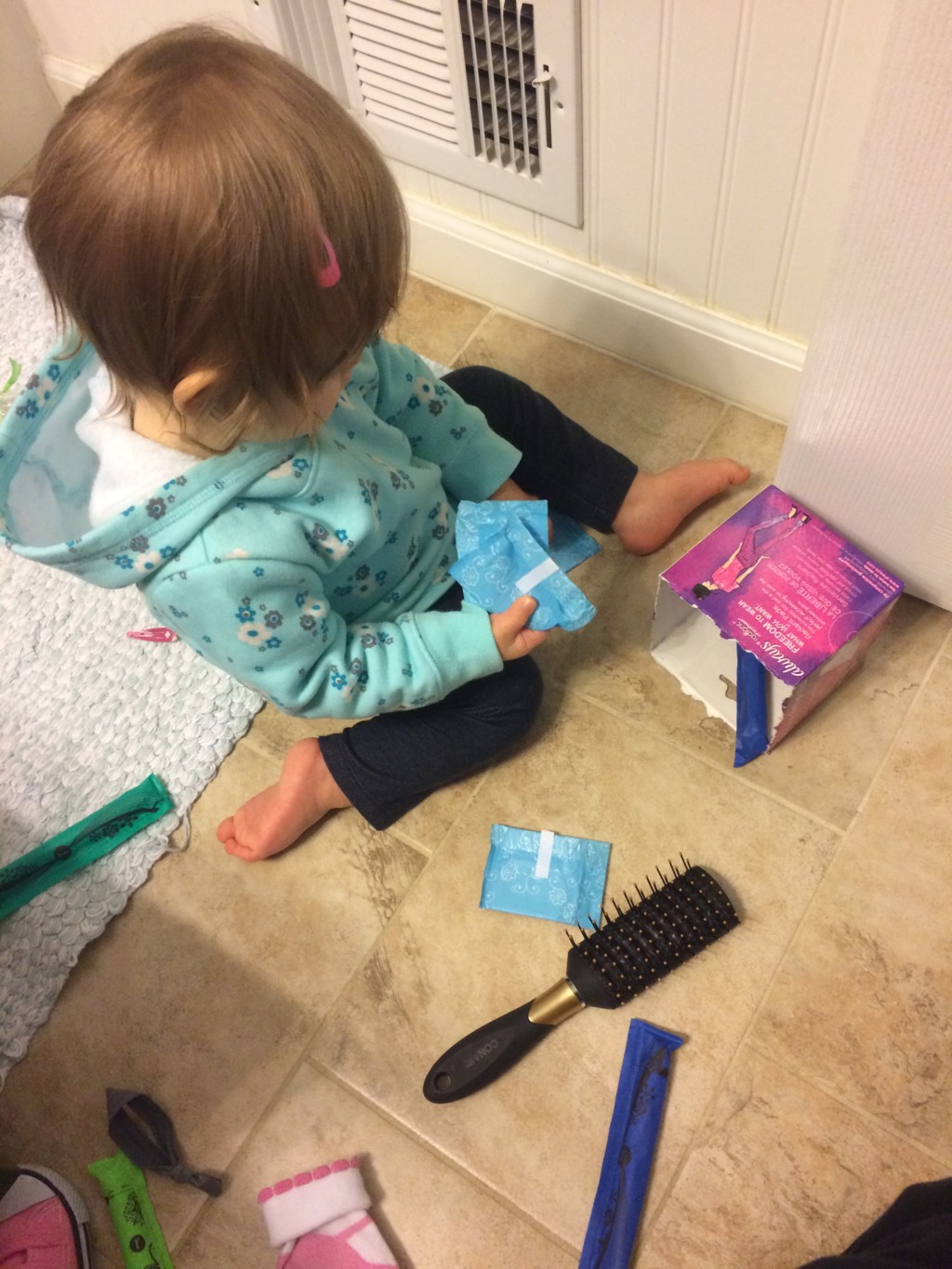 I  was diagnosed in 2005, a senior in high school, long before motherhood was on my radar. A trip to the doctor turned into a week-long stay at the hospital complete with a colonoscopy and blood transfusion. I was diagnosed with ulcerative colitis, an autoimmune inflammatory bowel disease that affects the digestive tract, mainly the large intestine- not to be confused with IBS. Symptoms include abdominal pain/cramping, sudden need to go to the bathroom, and blood when you do.

I spent the next decade trying to get my disease under control, going through different doctors, steroids and medications, and a slew of diets. Shortly after I was married, I got another colonoscopy with a new doctor and was told my colitis was worse than I let on. We discussed more intense medications and I asked him which, if any, were safest if I wanted to have babies. After much agonizing, we decided on Humira and less than a week later, I found out I was pregnant.

Improvements began after the loading doses, but not remission. There were still frequent, sudden runs to the bathroom and there was often still blood. At 28 weeks pregnant, I discontinued Humira for the baby’s health and hoped for the best.

After my daughter was born in 2015, things changed again. Finally, the blood was (mostly) gone and the cramps and intestinal turmoil began to subside, though I continued to deal with some symptoms.

There were moments nursing my newborn and I would suddenly HAVE to use bathroom and make the choice. Hold it? Risk it? Put the baby down and have her cry? Nurse while sitting on the toilet? When she was sleeping peacefully in my arms, should I take the chance of waking her so I could go?

I’ve done it all.

I’ve pulled her out of her high chair to go. I’ve turned on Bubble Guppies or Blue’s Clues so she is entertained and I can watch her, bathroom door wide open, while I’m otherwise occupied. 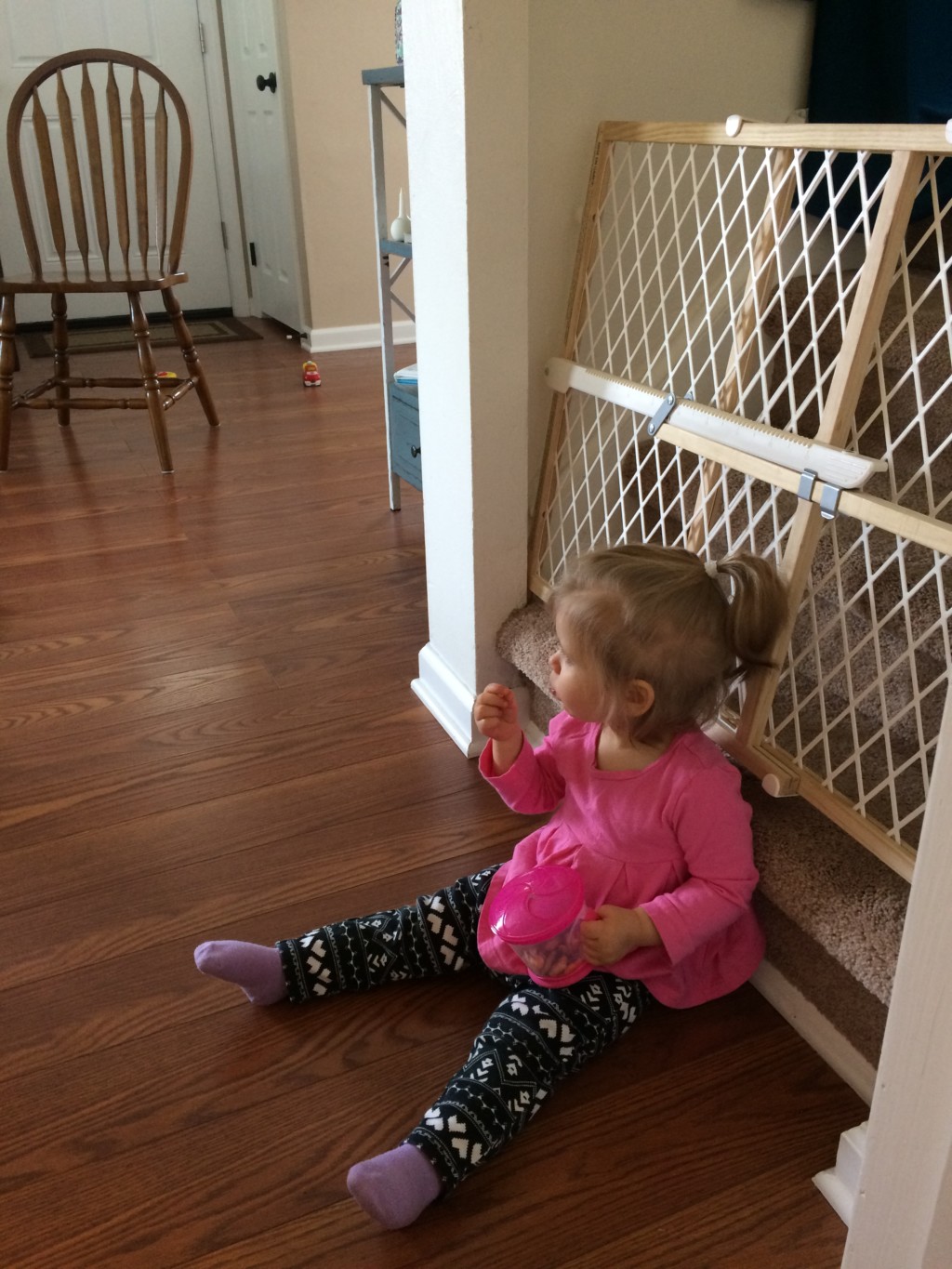 It’s been a challenge, but luckily she’s pretty easy going and has made herself quite at home in our tiny bathroom and the exciting drawer under our sink.

I finally reached “clinical remission” this year, but there are lingering effects, though they are largely mental. I still get nervous being in public in case I need to rush to a bathroom with my daughter. Stroller runs give me anxiety because while I love taking my girl for a ride, I worry what I would do if I had to stop. Take my daughter into a porta john? What would I do with the stroller?

Between nursing and being pregnant again, I haven’t taken any medication for almost two years and am at the mercy of my own immune system. There are more good days than bad, but I’m grateful that my daughter loves reading books, getting her hair done, and brushing her teeth on my lap… while I’m sitting on the toilet. And hopefully, she will never tell her friends when she’s older. 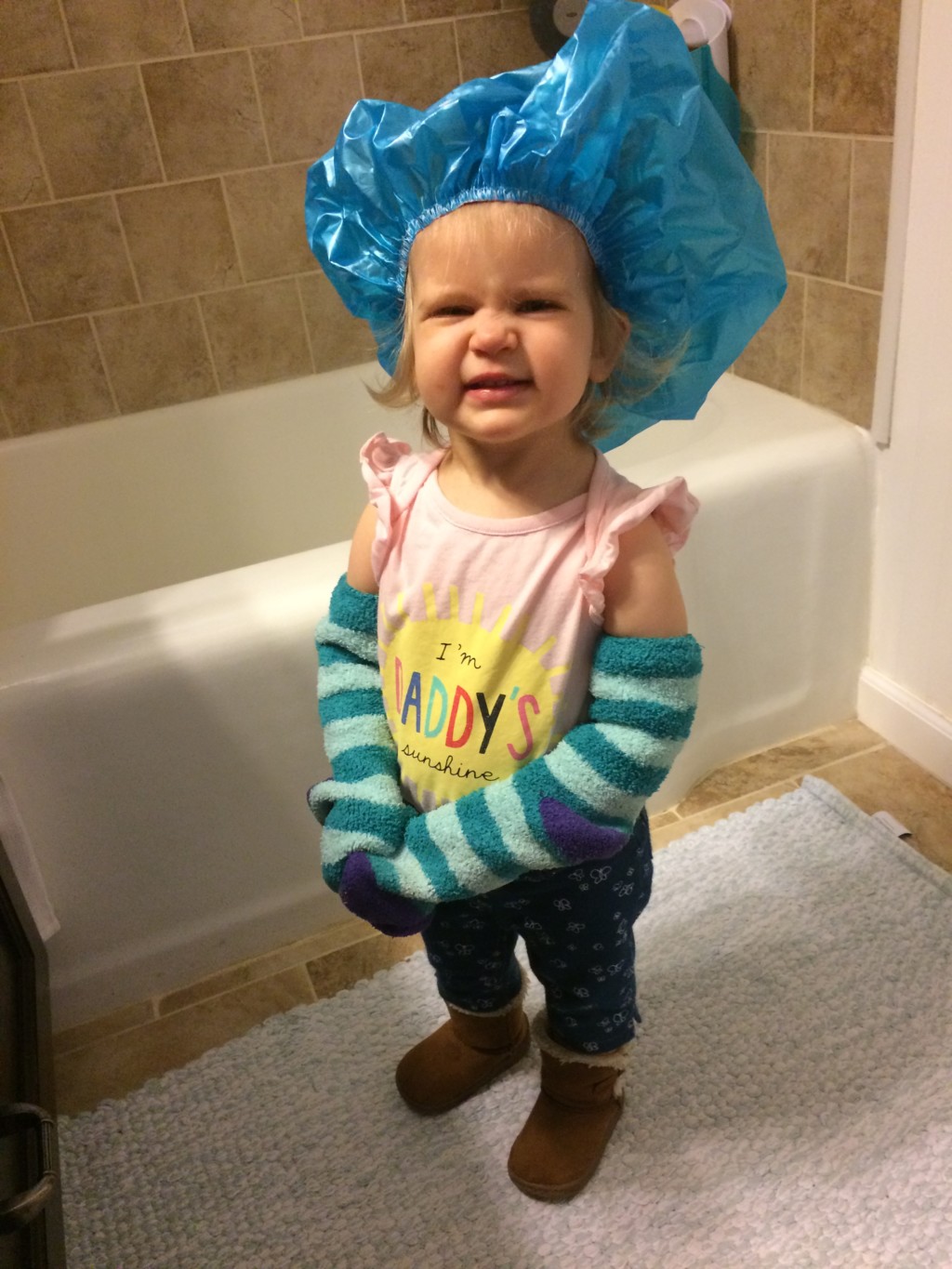 For more information on ulcerative colitis, check out the Crohn’s and Colitis Foundation of America at www.crohnscolitisfoundation.org.