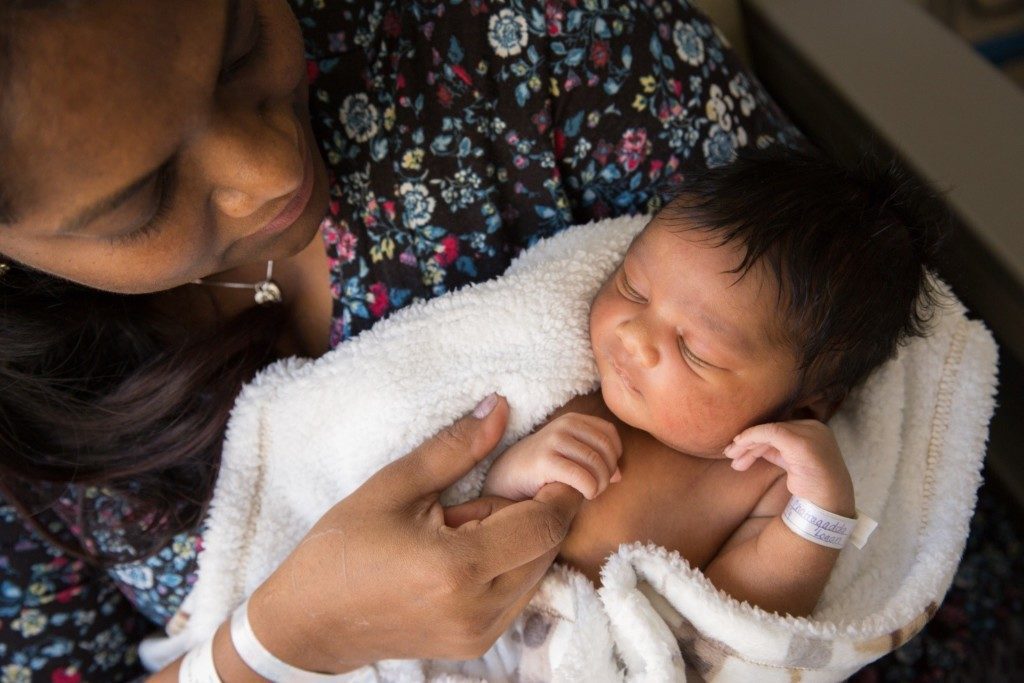 Gayatri Kusuma’s heart leapt in her chest: The labor pains were beginning.

Despite the pain, Gayatri felt a joy long overdue: An end to decades of dreaming. Of hopes dashed. Of loss. And of tears.

After an emotional 39-week pregnancy, her son, A.J., was arriving at last.

This day marked the start of a happy new chapter of life for Gayatri and her husband of 12 years, Prasad.

Grabbing a pre-packed suitcase, the couple rushed to Allegheny Health Network’s (AHN) Jefferson Hospital in Pittsburgh’s South Hills. By the next morning, the Kusumas were adoring their six pound, 14 ounce baby boy — their long-awaited dream of parenthood now realized.

Along with their faith, the Kusumas credit their baby’s safe and healthy arrival to AHN’s women’s health experts. AHN doctors were willing to perform a fairly simple, yet promising procedure called cervical cerclage, which eventually made all the difference.

Gayatri has a condition known as cervical incompetence. It causes random dilation in expectant mothers and greatly increases the chances of premature birth as early as 18 weeks. Use of the cerclage — a temporary surgical stitch placed at the opening of the cervix — enabled her to safely carry her baby nearly to full term.

“For my condition, some doctors don’t believe in the cerclage,” Gayatri said. “But at AHN, I found hope. I was just so pleased that I had this option.” 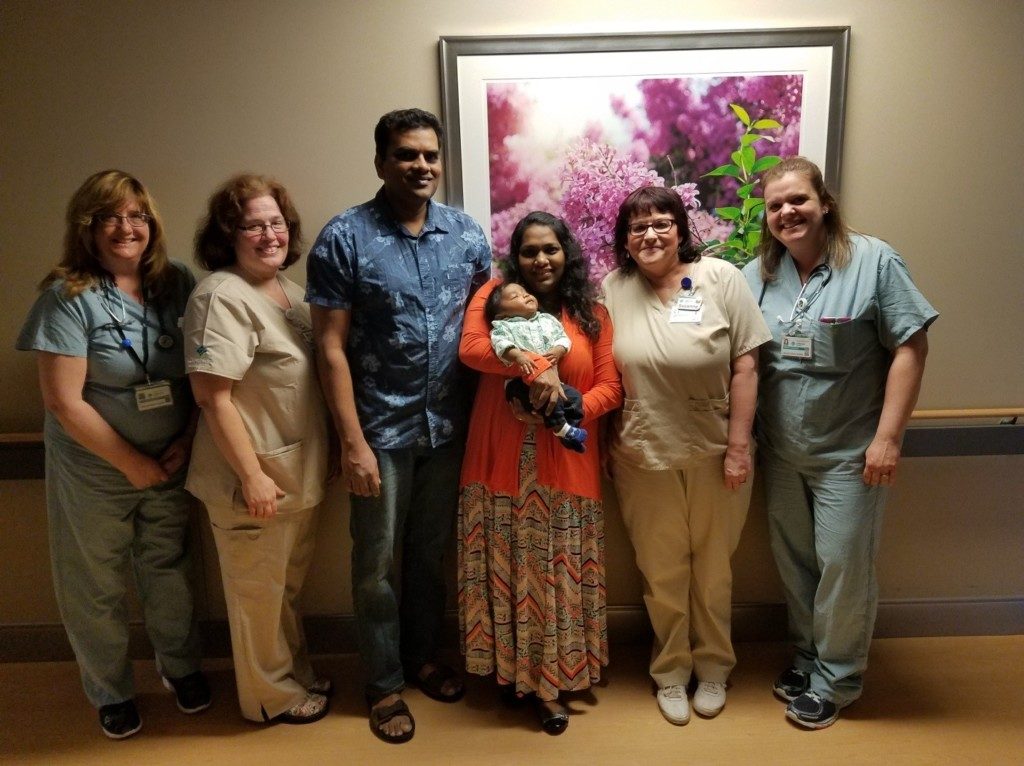 Gayatri, her family, and the nursing staff at Jefferson Hospital

A Long Journey to Motherhood

Since she was 4 years old, Gayatri had dreamed of someday being a mom.

Growing up in India, she idolized her mother — who had a full-time job and raised four children. “As a little girl, I used to dress up like her,” Gayatri said, laughing.

She also revered her great-grandmother, who was a midwife and had adopted Gayatri’s grandmother.

“When she was 8 years old, my mom lost her mother,” Gayatri said. “So my mom was raised by my great-grandmother, whom I really looked up to. She had a divine quality.”

By the time she reached high school, Gayatri had a clear vision: Someday, she wanted a husband and eight children. That dream started to unfold when she married Prasad.

For 10 years, the couple tried unsuccessfully to have children. They sought help from fertility clinics. They consulted doctors in India, Illinois, and Pittsburgh.

“Everything was a big failure,” Gayatri said. “You invest all this money, time, and effort and a lot of emotion. It’s not easy. I just wanted to be a mom so badly.”

One doctor had told Gayatri her only option was in vitro fertilization. But finally, in 2016, the couple had conceived on their own. They were overjoyed. 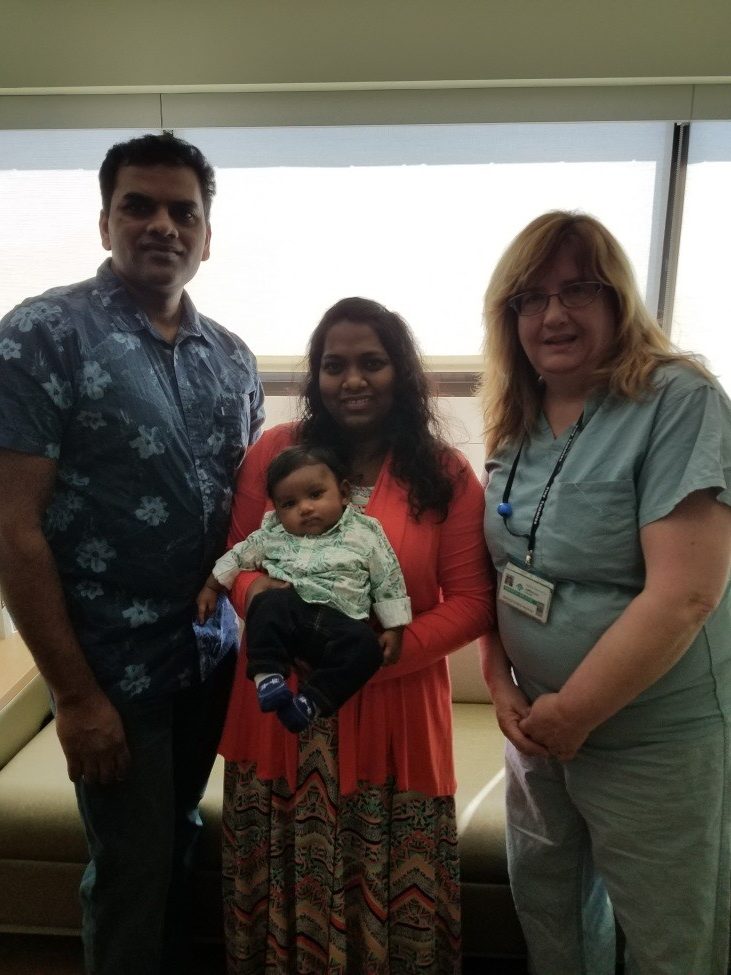 Early in Gayatri’s pregnancy, all was normal. At 20 weeks, she was excited to get a routine ultrasound. She and Prasad would get a peek at their baby for the first time.

But the scan showed cause for concern. Gayatri was diagnosed with cervical incompetence. In a blink, the joy evaporated. Her baby was in danger.

Gayatri’s physician at the time didn’t believe in using a cervical cerclage and instead ordered bedrest.

“She lived 18 hours,” Gayatri said. “It was so devastating.”

Weeks passed. And then months. Amid their grief, the couple wondered if their dream of having a child wasn’t meant to come true.

But then, they saw a new ray of hope.

In spring 2017, Gayatri heard AHN would perform a cervical cerclage.

She knew that she’d have a high-risk pregnancy if she could become pregnant again. So Gayatri turned to AHN’s obstetrics, gynecology, and maternal fetal medicine experts for help.

She and Prasad drove about 25 miles from their home in Sewickley to Jefferson Hospital. There, they met Dr. David A. Logan, the hospital’s chief of obstetrics and gynecologic services. 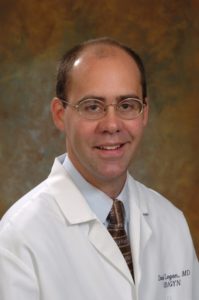 “I had heard great reviews about him and wanted him to be my doctor,” Gayatri said.

From the outset, she and Dr. Logan developed a plan to give her the best chance of bringing a child to full term. And enlisting the help of some of AHN’s top high-risk pregnancy doctors was the first step.

Employing a cervical cerclage seemed to be a viable option.

“Doctors have different opinions on it, and whether it can work depends on the patient’s individual circumstances,” Dr. Logan said. “Gayatri was an ideal candidate. And, bless her heart, she became pregnant again.”

Some studies show that cervical cerclage has about a 50 percent success rate, Dr. Logan said. However, AHN doctors believe success can approach 90 to 95 percent if patients have been accurately diagnosed as having cervical incompetence.

Cervical cerclage is performed at around 14 weeks. Patients receive spinal anesthesia for the procedure. It comes with the same risks of any general surgery.

Though the cerclage increased her chances of a full-term pregnancy, there were no guarantees.

“She still could deliver prematurely, so we had to watch her very closely,” Dr. Logan said. “She must have had 30 visits with us.”

Gayatri received weekly ultrasounds to check A.J.’s development. “It was wonderful to see him every week, growing little by little,” she said. “I was still grieving my loss, and at the same time I was carrying this baby inside me. It was a challenge for me to separate the sorrow from the joy.”

She received special medication to guard against early onset labor. And AHN’s doctors and nurses continuously monitored Gayatri’s condition to flag any issues. They educated and updated her at every turn.

“They had so much empathy and kindness and compassion,” she said. “The care was heavenly.”

Despite Gayatri being treated for an infection at one point, her pregnancy was normal. “Once we crossed 24 weeks, our hope was growing a little bit more with every visit,” she said.

Then, at just over 38 weeks, the AHN doctors believed it was safe to remove the cerclage. Five days later, Gayatri went into labor. 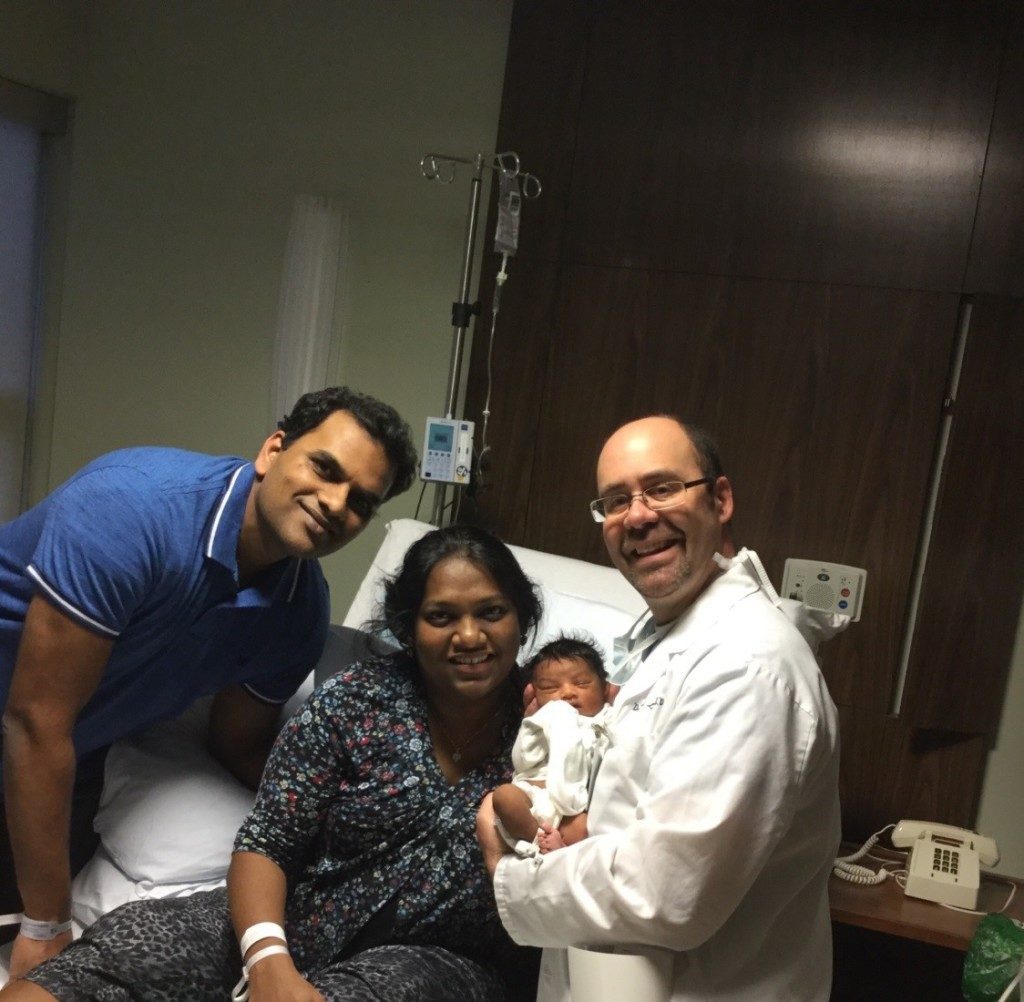 When A.J. finally arrived in Jefferson Hospital’s labor and delivery unit, Gayatri was in “a happy drama,” she said. At long last, this mother was holding her child.

“He was so perfect and so beautiful,” she said. “His crying was like a music to us. It was so joyful.”

As she celebrates her first Mother’s Day with A.J., Gayatri looks forward to simple joys, like regular feedings and bath time. “He’s such a nice baby. He’ll let me clean his nose and eyes,” she said. “He enjoys the bathtub. He just yawns in the warm water.

“Every day I see him, I feel like I’m holding a little miracle in my hands,” Gayatri said. “I never thought motherhood would be this beautiful.”

For more information on the Women and Infants Center at Jefferson Hospital, please visit AHN.org/Jefferson-Labor-Delivery or call 412-267-6600 for a tour.

This sponsored post is brought to you in connection with our partnership with Jefferson Hospital, part of Allegheny Health Network. 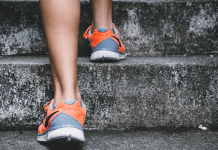 How To Structure Your Health and Wellness Goals To Avoid Burnout 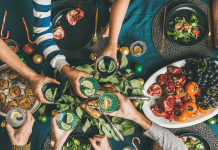 Surviving Holiday Parties When You Have Dietary Restrictions