When I first found out I was pregnant, I was pretty naïve to most things pregnancy-related, but I thought I was prepared for what the basic symptoms would be like. Food cravings and aversions. Nausea. Fatigue (though not the body-numbing fatigue that Mac-truck hit me). Heartburn. Crazy boobs. 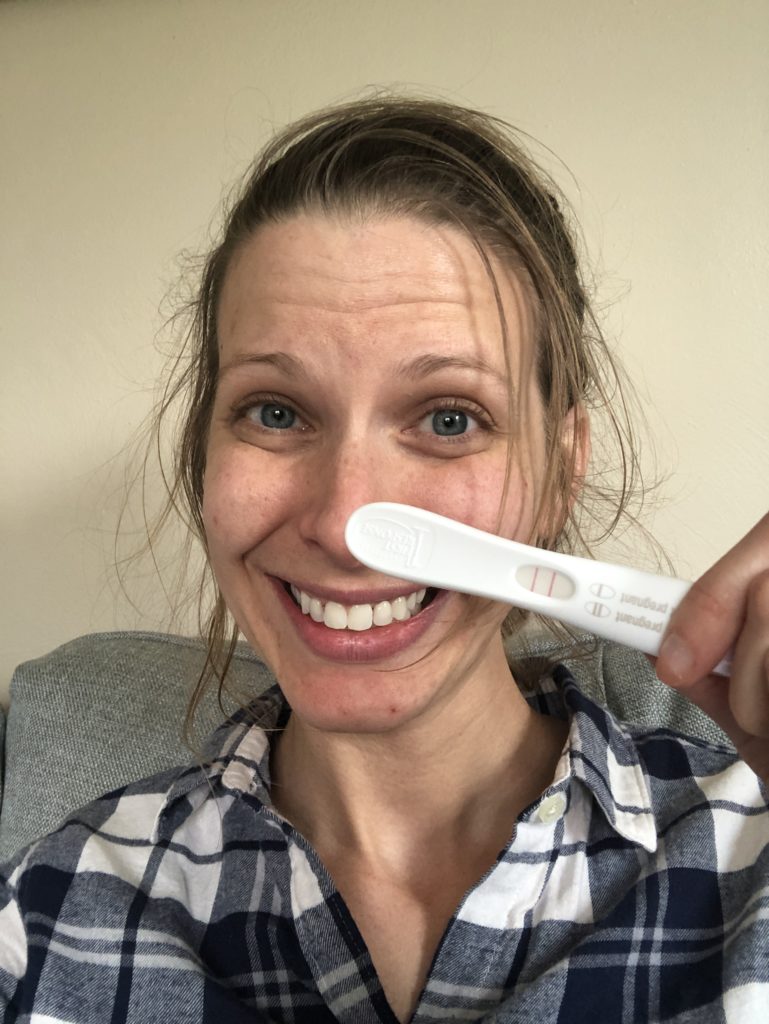 But the symptom I didn’t expect was anxiety. Before pregnancy, I thought miscarriages were uncommon; I thought I had nothing to worry about. So I decided to Google it to make myself feel more confident. Instead I was struck with the harsh reality of how common they are and how often times it’s simply a genetic defect and there’s no way to control it. The strong, relentless anxiety made itself at home in my mind and gut.

At my first obstetrician appointment when I was 7 ½ weeks pregnant, the doctor couldn’t find a heartbeat. She told me that I had most likely miscarried and while I had to wait until the next day for an ultrasound to confirm, she started talking about D&C and next steps.

All I could do was cry and refuse to believe it, because there were no symptoms and there would be, right? Pain, bleeding? Wouldn’t I know? I felt helpless.

That night and following morning were the one of the hardest times of my life. My anxiety was in overdrive and I could think of nothing else but this little nugget that I had already fallen in love with. 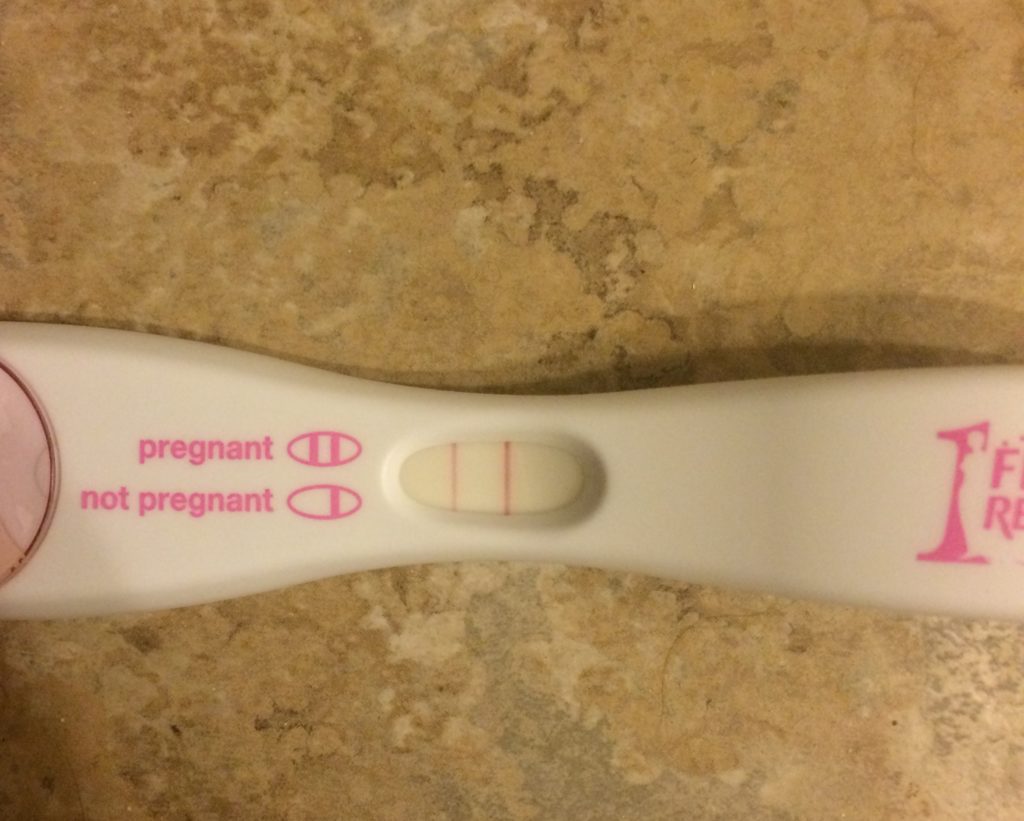 The ultrasound revealed that the baby was fine with a healthy heartbeat. And while I was so relieved that I immediately started tearing up again, the anxiety never left me. I obsessively checked Dr. Google about signs and symptoms, risk factors and reasons why I shouldn’t be worried, rates of miscarriage by week, and more. I constantly asked my sister to tell me that I was okay and my husband lived with my worry cloud throughout the entire forty weeks.

That darling is my sweet, 3-year old daughter now.

I’ve just entered the third trimester of my third pregnancy and even though pregnancies 1 and 2 were free of complications and resulted in healthy, happy, energetic children, the anxiety hasn’t died down. This pregnancy had a rocky start with bleeding at five weeks and spotting on and off for the first twenty. Despite a blood test in the beginning and ultrasound later that revealed everything was fine and I only had a low-lying placenta, I couldn’t shake the worry.

It turns out that anxiety in pregnancy is common, even in completely healthy pregnancies. When I talked about it with other mom friends, I found out that they almost all experienced the worry, especially in the first trimester, in not just their first but also subsequent pregnancies. We worried that since the previous pregnancies ended well, odds continued to stack against us in each pregnancy that followed. 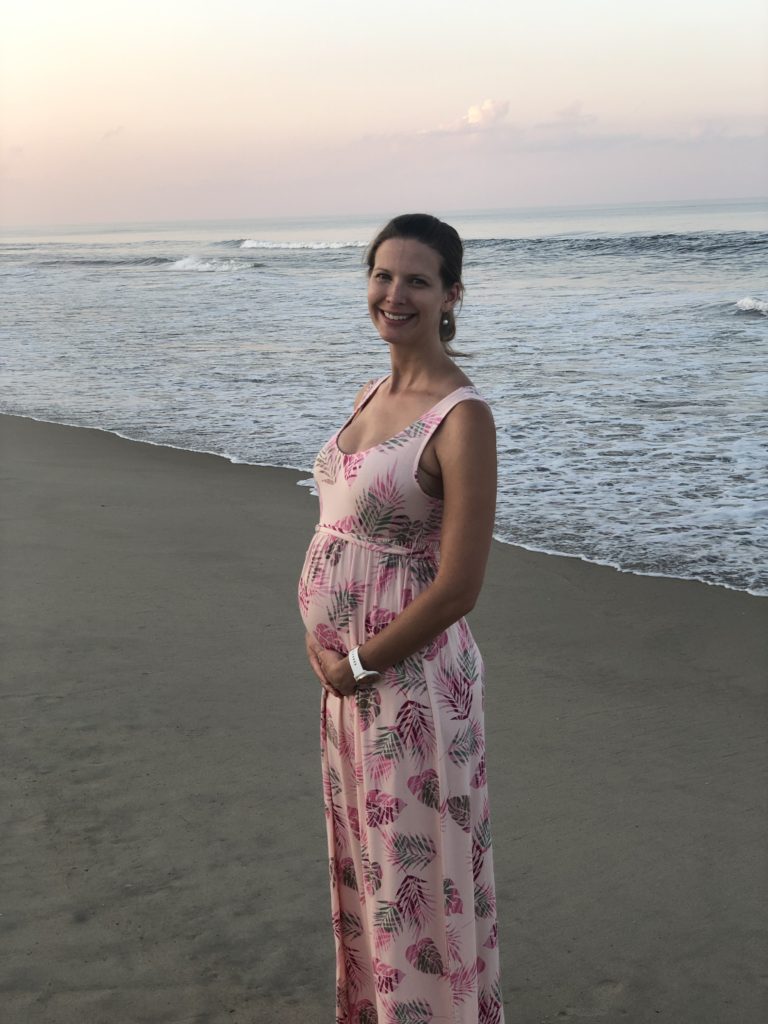 And it makes sense that maternal instinct kicks in right away. But I wasn’t prepared for it. I don’t know if you truly can be, but it’s certainly not something I had ever heard talked about.

If you find yourself in this cloud of anxiety, talk to your spouse, friends, or even your OB depending on how anxious you feel. And while no one could tell me and I can’t tell you that everything will be fine, know that you are not alone. Lean on those people in your life who will calm and comfort you. And don’t search for reassurance on the internet.