Imagine a world where your community, country, and allies built a lifestyle based on the dehumanization of people who didn’t look like you. Everything you had was taken from the souls of others. Stop imagining. Its real. It’s America. Its Europe.

When the institution of slavery began losing a favorable view in the public eye those that benefited directly and indirectly needed a way to absolve the guilt. They did this by placing the blame on the victims themselves. After emancipation Black People were able to seek new lives and achieve new levels of success not previously allowed by law. And in a short time many of them did just that, but instead of applauding their “bootstrap” successes many in White America were filled with a bitter resentment. Economic disparity kept many poor and uneducated. Seeing what was legally considered 3/5 a man making new strides forced an inner reflection that was uneasy and disheartening. Instead of confronting the real issues of a wealth driven society it was easier to disparage the hard-working men and women recently freed from bondage. Thus blackface was born.

Blackface was an embodiment of all the negative stereotypes bestowed upon Black People that painted them less than human. This distorted perception made it easier to look the other way when it came to discrimination, hatred, and legal forms of enslavement. It’s not a problem to deny equal rights and liberty if you believe that segment of the population doesn’t deserve it in the first place.

Blackface characters were white actors with painted black skin. The facial features were exaggerated to strip the humanity from the character. They had big eyes, wild hair, and big red or white lips. In the shows the actors portrayed parts such as Little Sambo, Jim Crow, and others known as minstrels. Minstrels mocked every aspect of Black culture. They were uneducated, lazy, hyper-sexual and overly docile to their white counterparts. In other shows Black parts were played by white actors to promote more sinister behaviors and spark fear in white America. In the movie “Birth of a Nation’ white actors played sexually aggressive Black men that influence the local Klan to come together and ‘protect’ the town. This destructive and calculated manipulation of Black culture was widely distributed and became quite mainstream.

Blackface is not a distant relic. Pop culture icons based on these minstrel images and are still prevalent today. Mickey Mouse is modeled after minstrels with black bodies and white gloves. The slap stick comedy and goof betrayals are a mainstay in minstrel shows. I remember being a young child watching bugs bunny with my grandfather. The rabbit painted his face and began doing what is known a s shuckin’ and jivin’.  He turned it off and told me that was wrong and that they shouldn’t play that on TV. But I saw those images over and over again, everyday in various cartoons. Ignorant, haphazard, and wayward ideas of Blackness. Also, in mainstream TV was the Black Mammy, an overweight, uneducated, and overbearing house mother. This is what society wanted me to think of myself. I was in high school when Warner Bros finally decided it was inappropriate to air Blackface cartoons while at the same time launching a new show called Animaniacs which were very distinct modern minstrels. Today fashion lines routinely use these images as a way of garnering attention.

Politicians campaign on the stereotypes of minstrels and manipulate voters to endorse policy using fear or misguided views derived from these century old ideas. Ronald Regan’s welfare queen platform was a factually inaccurate depiction of those receiving government benefits but it played so well into the Mammy stereotype that even today whites receiving those same benefits are willing to vote against their own interest. 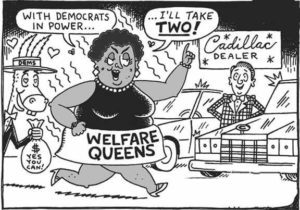 Blackface is entrenched in American racism and can not be dismissed as a thing of the past. It’s part of the reason why police shoot first and claim to fear unarmed children or why Black women are sexualized and dismissed. Blackface is not harmless comedy. It is detrimental to the Life, Liberty and well-being of all of us. My skin is not a tool for amusement or a reason to disregard me a undeserving citizen. Allowing anyone to continue to use or condone Blackface is an erosion of basic human rights. It must stop today. 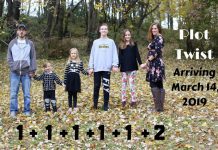 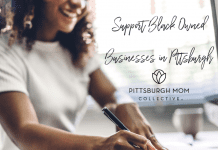 Women’s Self Care: Transforming Ourselves | The Millvale House

The Pittsburgh Guide to Local Photographers