Facebook
Twitter
Pinterest
ReddIt
Email
Birthdays are a strange thing. When we were younger a birthday often signified more freedom: learning to drive, registering to vote, extended driving curfews. Then birthdays were a fun excuse to have a party or night out with friends (ages 21-25 I’m talking about you…)
Then there’s t 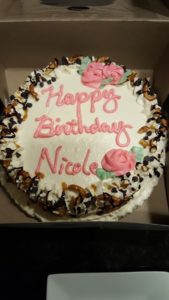 he big 3-0! It’s the time of your life when you “should” have it together, at least in some aspect. But, honestly there have many days between 30 and 33 that I have no idea what is going on with my life. Where did the last decade go anyway?
The change from looking forward to a birthday to having to actually remember how old you are turning is a strange thing  The number no longer signifies a life change, but simply that another year has passed, and that my laugh lines continue to show up in record numbers.
Having a January birthday is a unique experience, the hustle and bustle of the holidays have just passed. In Pittsburgh winter is starting to creep up (seriously there is always snow or rain on my birthday). And, with mine being only five short days into the new year, the idea of resolutions and being a better version of myself is still present in full force. A January birthday can really set the tone for the rest of the year (just don’t use Christmas paper to wrap a January birthday present ..…don’t even think about it!) 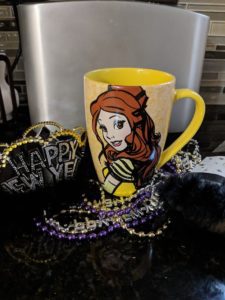 33 doesn’t bring about any huge life changes. I’m settled back into a full-time job after going through a maternity leave, an absence from work, and some part-time contractor work;  I have a 3.5 year old and an almost 1.5 year old. I’ve settled into a routine (most days). I could name the small handful of friends I’ll communicate with and see in the next six months.
To be honest I’m looking forward to a year of feeling more settled after three years of pretty big life changes. New jobs (for both my husband and I), a new house, and two kids. Although, we may go on the house hunt this year, it’s a small change I can handle, and it’s one change rather than multiple at a time like years past.
I finally feel at 33 that I can take back some of me. I can stick to self-care routines, go to that yoga class, and wake up knowing that I have a purpose. I’m not going to view growing another year older as a negative, but rather as an opportunity to be more present. An opportunity to use what I’ve learned the past few years to improve myself and relationships.
33 may not be a year of big changes, or an age that signifies a new aspect or chapter of life, but this year you can be sure that happiness will top my life. 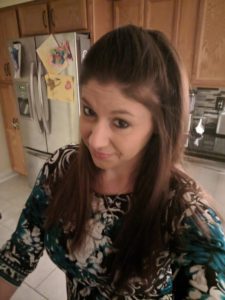 33 I’m coming for you, and I’m not taking any negativity this year; you are just a number that means I’ve had 33 wonderful years of family, friends, and experiences. I would say bring on the next 33, but 66 is really scary sounding, so I’ll stick to the present and 33.
Do you have an age were you finally felt like you had it together? Or, was there a birthday that impacted you in a big way?