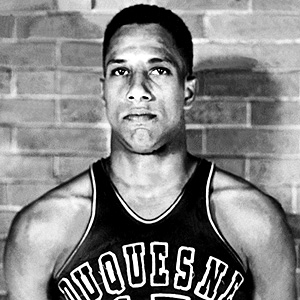 If you have been following my Black History posts you may have notice several amazing firsts that originated in our city. Here is another to add to the list. Actually, this man has several momentous firsts to his name. He is Charles “Chuck” Cooper and he is a Pittsburgh native.

Born and raised in Pittsburgh he attended Westinghouse High School before serving in World War II. He then went on to have a record-breaking basketball career at Duquesne University. While at the University he was awarded captain of the team and became the first Black college basketball player to play in the south. The firsts didn’t stop there. After graduating he played briefly with Harlem Globetrotters and became the first Black man to be drafted into the NBA. 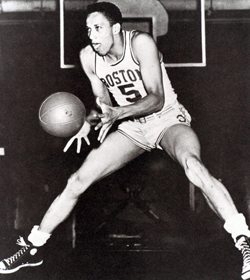 Chuck Cooper’s NBA career was cut short by an injury but that did not stop him from continuing to make firsts.  After getting his master’s degree in Social work he came back to Pittsburgh to make a different type of impact. He served on Pittsburgh Public School Board and was the first Black department director while serving in Parks and Recreation.

Charles ‘Chuck’ Cooper was an inspiration on and off the court. 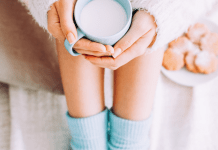 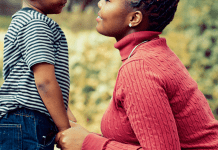