Growing up, I was always steered towards do it yourself costumes.  Mary Poppins came out in 1964, and thirty five years later I was obsessed with the movie.  My grandmother reluctantly helped me create a Mary Poppins costume for Halloween one year.  I can still remember her telling me to not get too upset in case people did not know who I was supposed to be.  That Halloween as we trick-or-treated throughout Deer Lake, a man opened the door and called for his wife to come see who was on their stoop.  He told her it was none other than Mary Poppins. 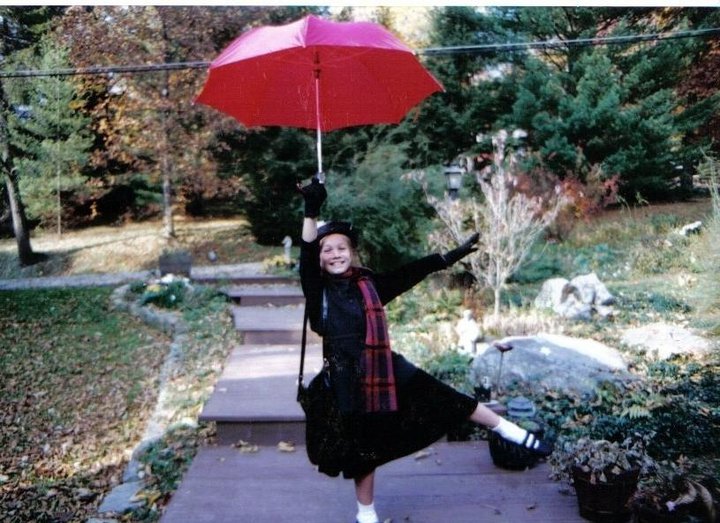 That’s when I became obsessed with brainstorming and thinking of creative DIY costumes year after year.  Even into my college years, my girlfriends and I would decide on a theme and put together fun costumes to not trick-or-treat in but to party.  When I met my now husband, he won me over our first Halloween together when he showed up wearing Barbie Dolls attached to his shirt.  He was none other than a “chick magnet.”  Since our first Halloween together, he continues to win my heart year after year with costumes such as mimes, Jeopardy contestants, Trophy Wife and husband, and Bun Maker and Bun in the Oven when I was pregnant. 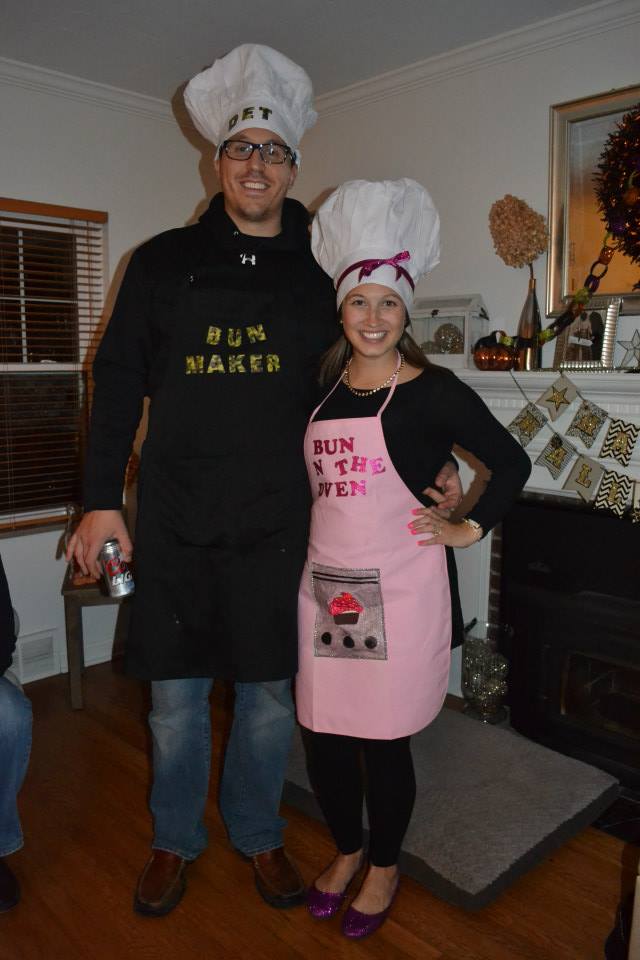 Social Media has definitely helped in awareness on creative costumes, and looking back at the past decade I find that I also surround myself with friends and parents who enjoy in the Halloween costume task as much as I do! 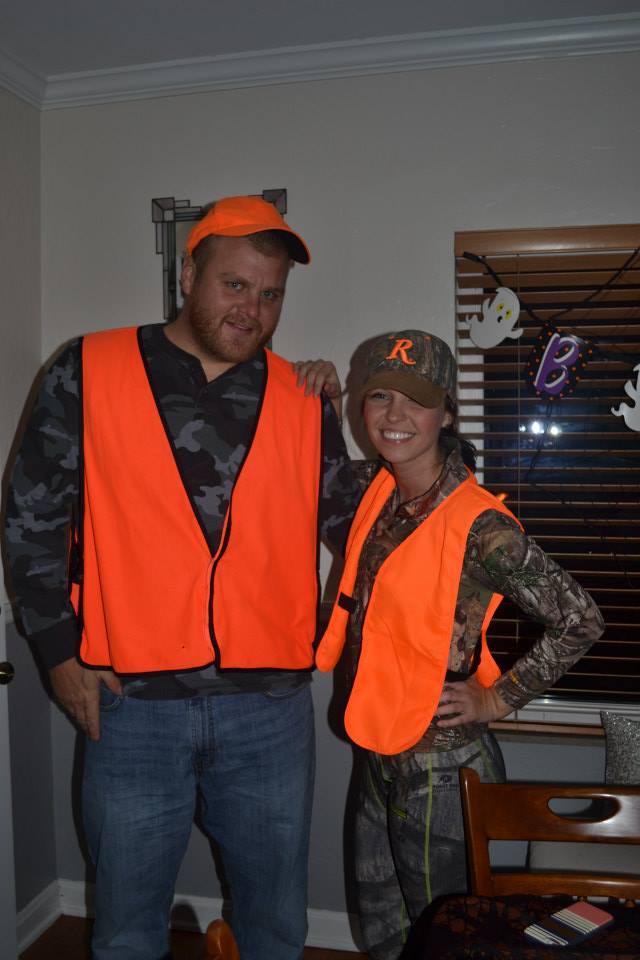 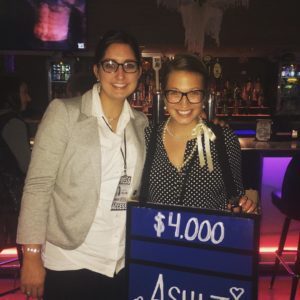 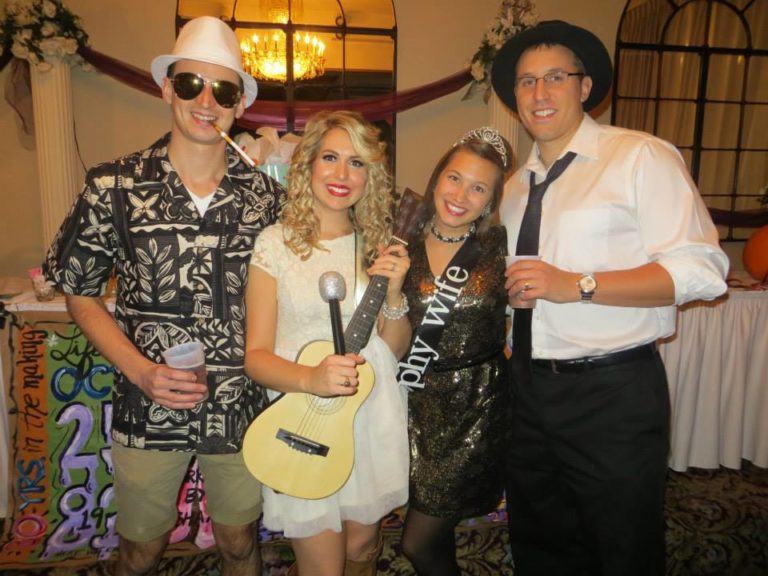 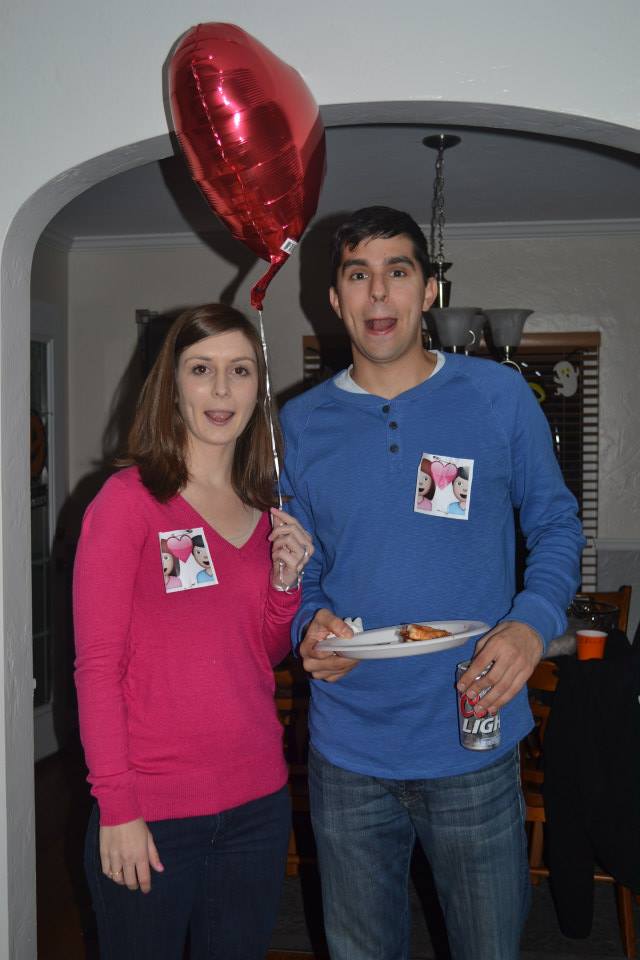 Now that I have children, it’s no different that each year I try to come up with something creative for my kid to dress up as.  Bonus points are awarded if I am able to create a costume using items that I already have.  Just like most kids clothing items, they only wear the costume for such a short amount of time.  While creativeness is a focal point for costumes, cost efficiency is also high on the list!

HERE ARE SOME AMAZING TRIED AND TRUE IDEAS FOR YOU TO USE!

If there are any Moana lovers out there, Hei Hei is an awesome addition to your Moanas and Mauis.

With smaller aged children, sometimes costumes can be difficult.  If a child needs a stroller, wagon or infant carrier, embrace it!

Like my own interests from my childhood, this mom used her creativeness to her daughter’s advantage utilizing the love of a childhood toy.  This costume was also accessible with the use of a stroller!

Having girls less than a year apart, you can do amazing costumes that incorporate both kids!  This mom rocks it year after year with her DIY costumes for her sweet girls. 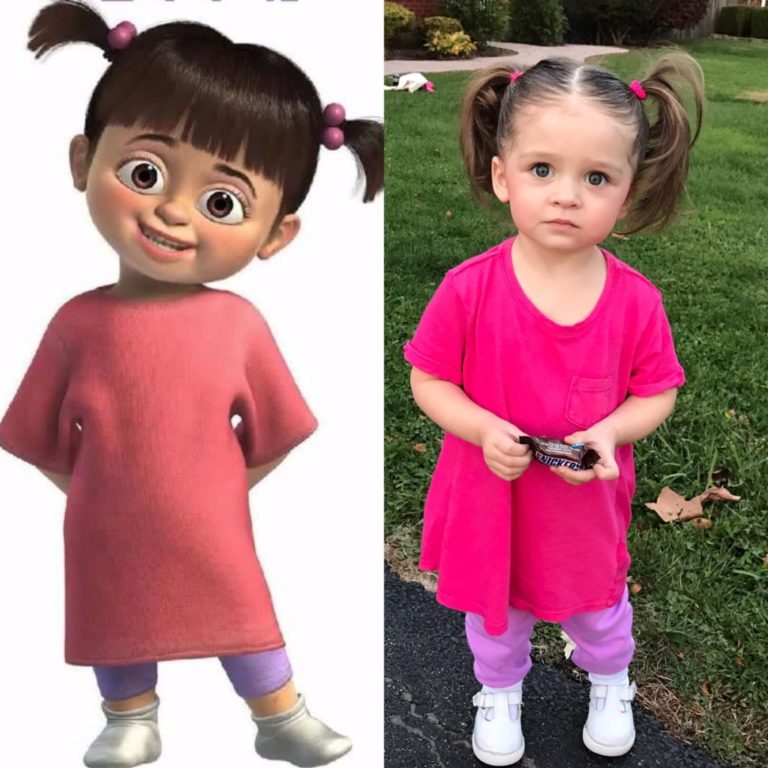 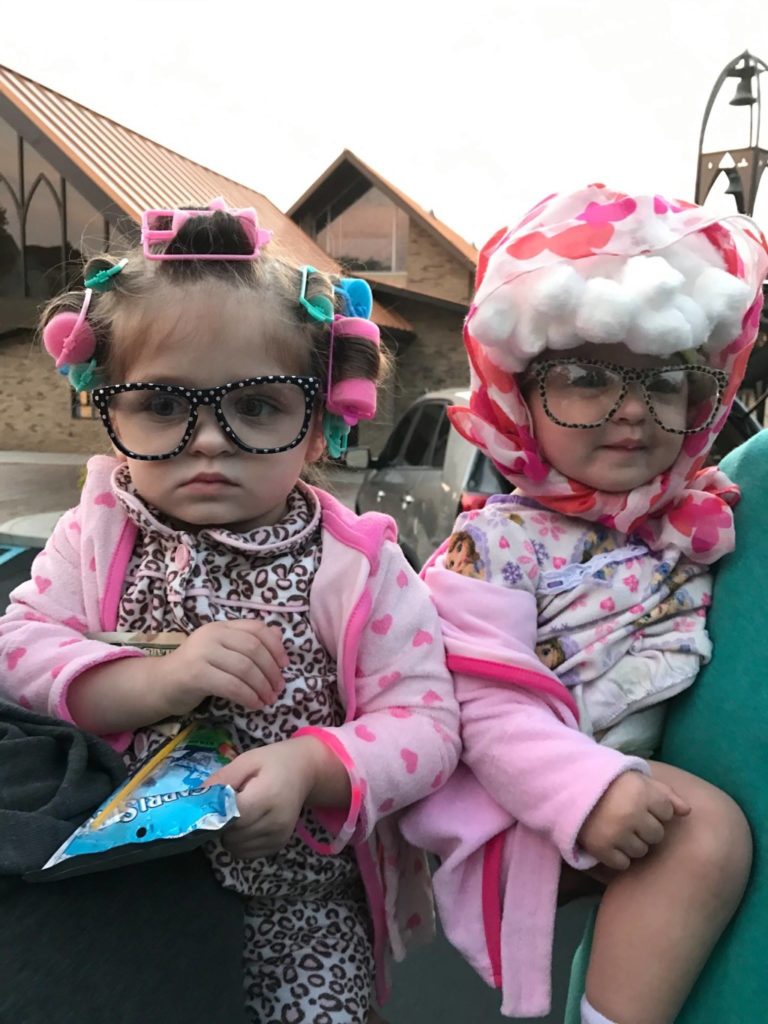 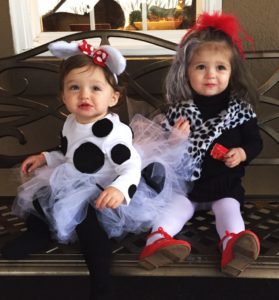 Themed Halloween costumes are also super popular.  Another fabulous mom went the same route with a 101 Dalmatians theme, but added herself as Cruella!  Dalmatians are also a creative addition to a big brother firefighter!

This costume idea was as simple as it comes!  Before having children, our black lab was our first love.  It only seemed appropriate to include her in our family costume idea! 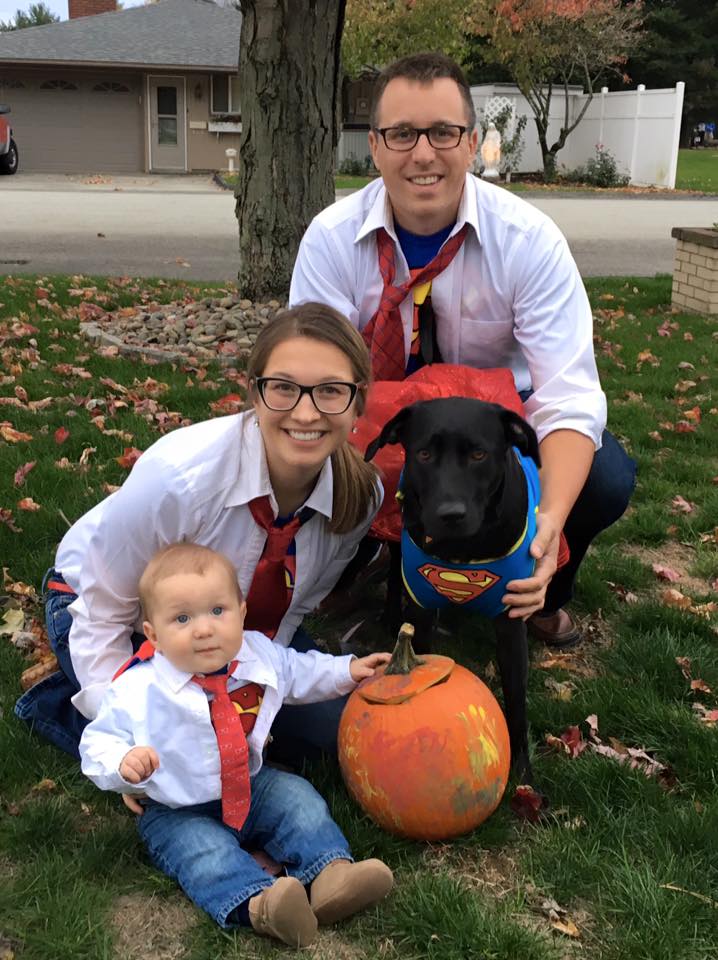 Who doesn’t love a “finger lickin good” costume?!  There’s something so hysterical about a toddler dressed up as an old man!

It’s no doubt that the moms and dads out there are amazingly creative! 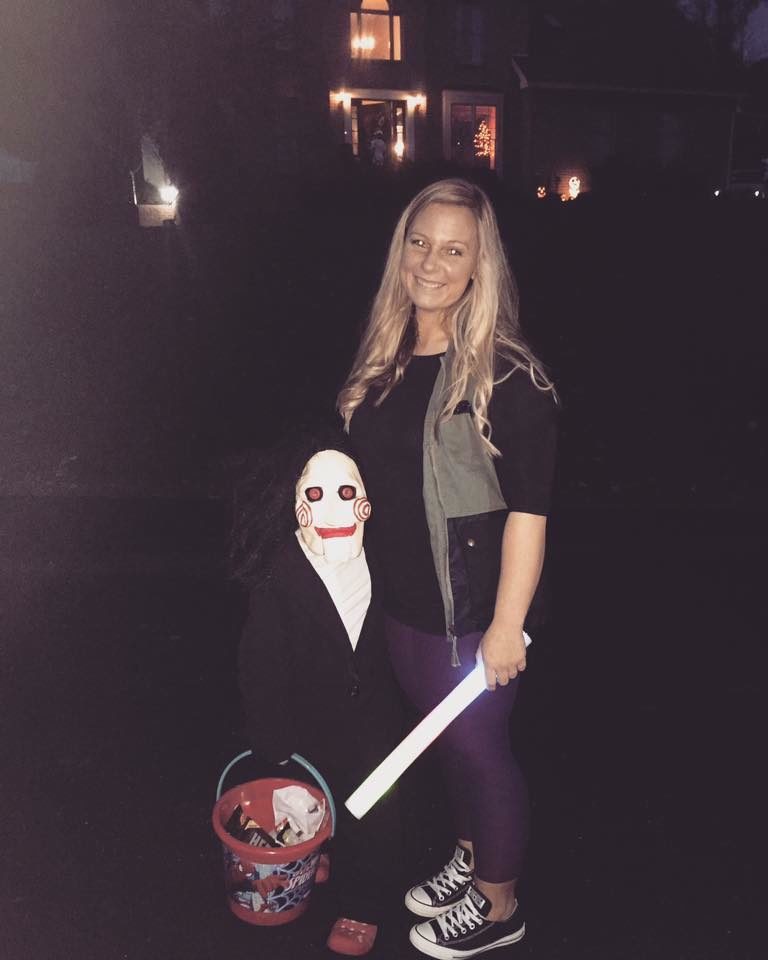 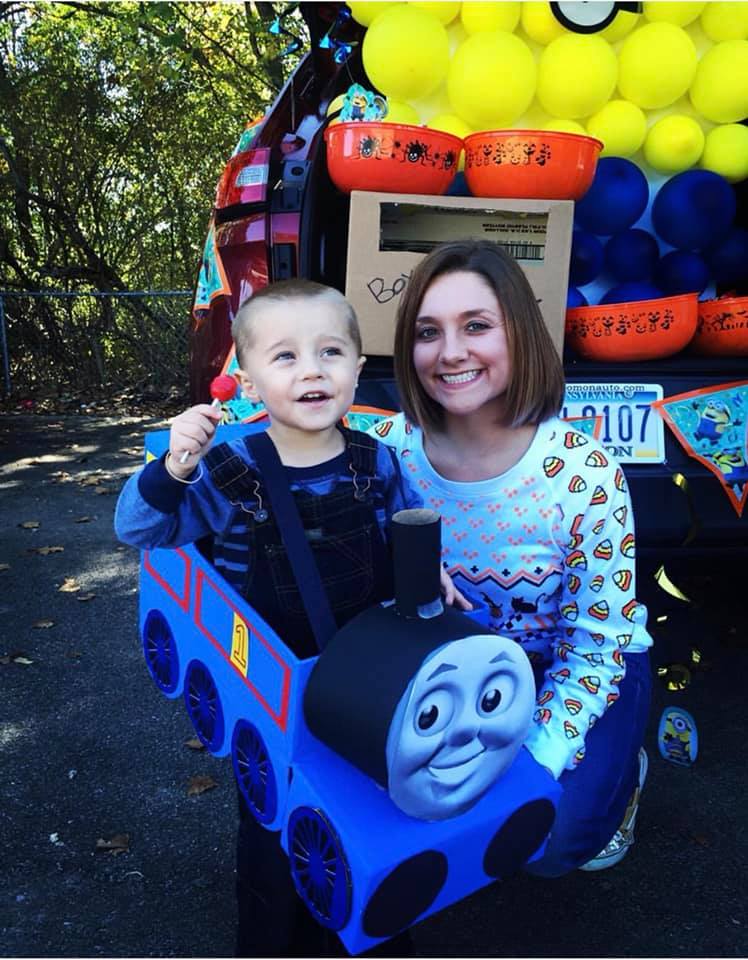 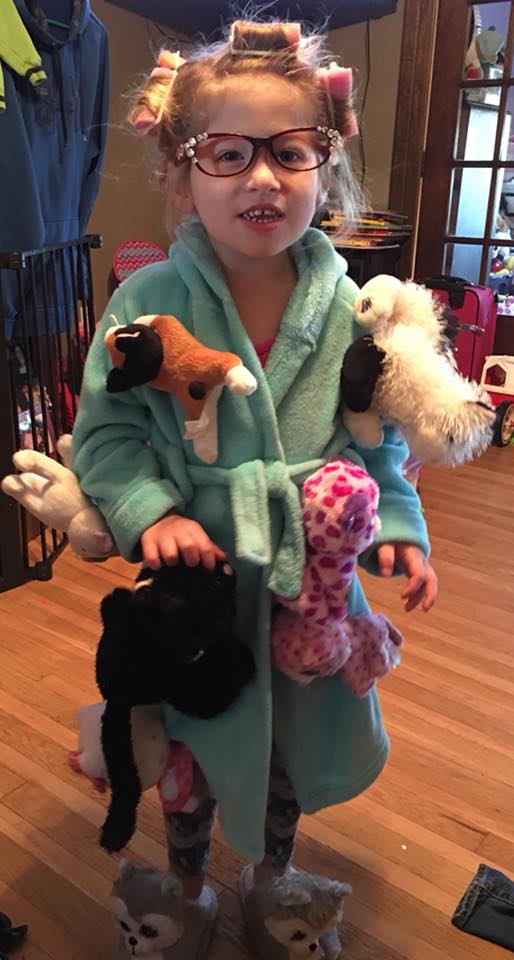 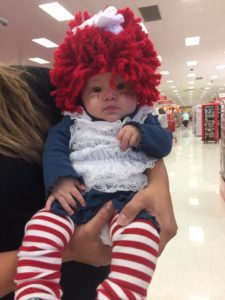 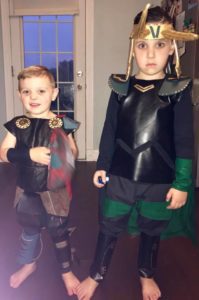 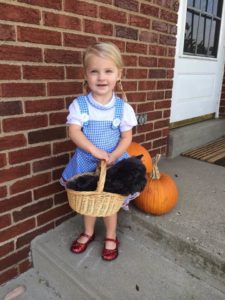 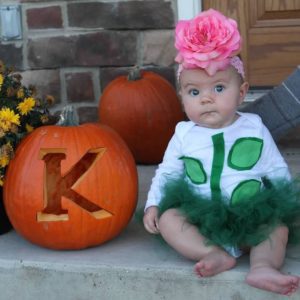 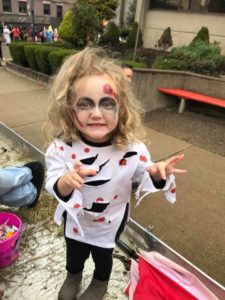