While I was putting my kids to bed, I noticed a scratch across my kindergartner’s chest. I asked her about it. It hadn’t been there the day before and it was at least 3 inches long. She told me that Parker had hit her today at school.

The story: A group of her classmates were at a work station. It was getting time to switch stations. Parker spilled all the art supplies. The group, including my daughter, helped to pick them all up. Because of this clean-up process and the time spent on that, my daughter had missed her opportunity to do something at this station. They had to rotate to another station. In her sensible way, she told Parker that because of him spilling, she had missed her chance. 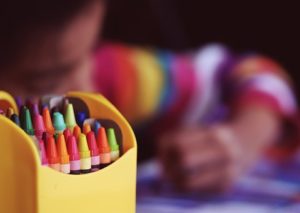 He proceeded to push/scrape her on the chest. With enough force that it left her with a 3-inch scratch on her through her clothing. She told him to stop. He didn’t. She went to the teachers and told them.

Here’s where I get angry.

Everything up to this point is normal kid behavior. I can see why Parker didn’t like being called out by my daughter for having a spilling accident. I can even understand a physical reaction to that. And, I know this kid – he and my daughter get along. He is actually a good, nice boy, and I’ve heard his name before from my daughter – in a good way. However, sometimes good kids push and scratch. After hearing my daughter’s account of the story, the teachers told my daughter, who is 5, “That doesn’t sound like Parker. He wouldn’t do something like that.” They dismissed my daughter’s complaint and simply went back to whatever it was they were doing without even realizing that they completely failed my daughter. 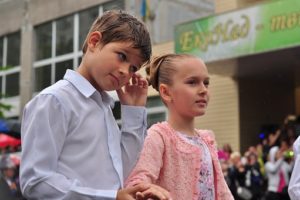 Now, I know that this isn’t even near the level of horrible, repeated, overt sexual assault that we’ve been seeing in the media lately. But, the pattern of ignoring female’s complaints sure starts early. The conditioning of women into not tattling on a nice boy now starts at age five. Telling the victim that a nice boy wouldn’t act that way – sounds a lot blame shifting to me.

My child is terribly confused by these events. She starts to question herself – “did this event happen the way I remember?” Because the teacher made it sound like she made it up.

My daughter has officially been taught not to report an attack by a boy (or girl) to an adult because it won’t be believed. The implications of this event get even worse. Instead of trying to resolve the next physical incident through the ways I’ve taught her, maybe she’ll feel the need to resort to physical violence too.

Because there will be a next time.

So, what could I do, besides cry for all the women who had been brave enough to speak up, but still haven’t been believed before her. No, I didn’t do that. Instead, I told her that sometimes adults make mistakes and they should have believed her. That she did nothing wrong. The she did the right thing. I told her that she has to repeat herself to the adults in charge until she is believed. I guess, we all do. Speak up, speak up, speak up. Repeat, repeat, repeat. Maybe, the next girl’s voice will be taken seriously. 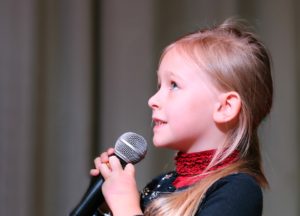