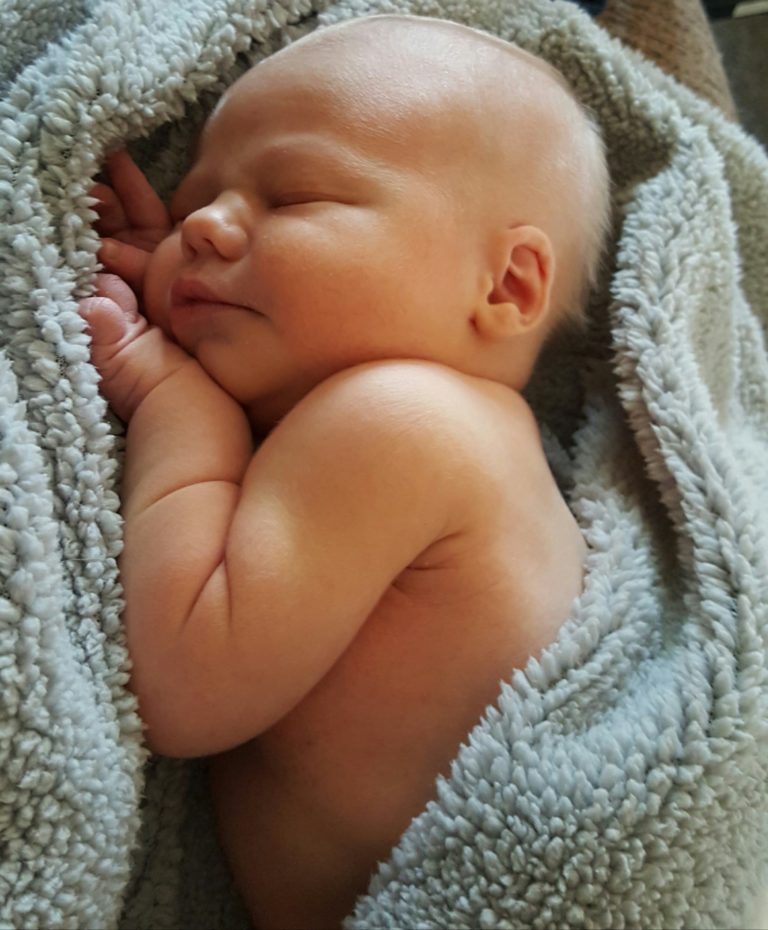 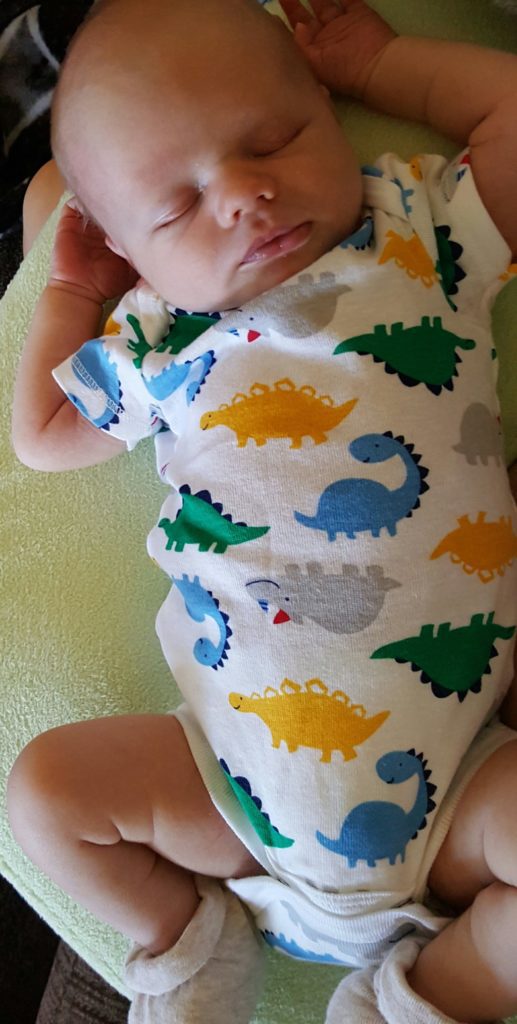 When Gabriel was born at the end of September in 2016, I knew I wanted to breastfeed him. With the support of my husband and lactation consultant, we overcame many early challenges and other than a few bumps (and more than a few teeth), most of the first year went smoothly.

After we hit one year of breastfeeding, I was debating when to stop. Gabriel was a boob monster and would not be one of those children who self-wean early. I’d have to lead the process when I was ready; but the question was, when? Many women experience strong emotions and hormone changes when they stop breastfeeding, and many babies (or toddlers) who are not ready to wean will respond with lots of tears.

By the time Gabriel was 15 months old, we had decreased our nursing sessions as he was fully on solid foods, fully transitioned to regular milk in a sippy cup, and spending more time in daycare. This made it easier to put him down for naps without me, even though at that point I would still nurse him at naptime when he was home. Although breastfeeding a toddler is a great experience for many moms, this would not be my journey. I decided I wanted to stop breastfeeding by 18 months. 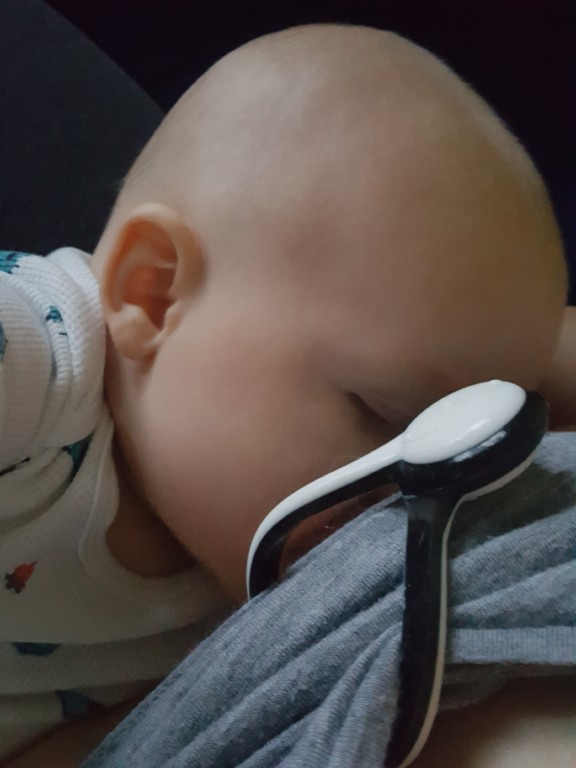 Deciding and doing are different animals, especially with a strong-willed baby who was used to his comforting routine. How did we do it?

Despite the occasional urgent desire to stop breastfeeding cold turkey and just let Gabriel cry (this usually coincided with extremely long days and an already clingy baby), I decided to start slowly. I think we started purposely decreasing nursing times and sessions around the time he was 15 or 16 months old. This gave us at least a couple months to help Gabriel ease into a new routine, whatever that would be. I still didn’t know.

My husband started taking over the nighttime routine. Up until then, when Gabriel woke up in the middle of the night, I would go to him. In the beginning, we still had to switch off in the middle of the night when Gabriel was inconsolable. Slowly, probably over a couple months, we fully transitioned Gabriel from mom-at-night to dad-at-night, and dad-at-night only had a sippy cup of water and far less patience for whining.

You may also like Breastfeeding: The Struggle Is Real!

Approach 3: Eliminating Nursing Sessions (and the routine of waking up at regular intervals at night)

Gabriel had become used to waking at certain intervals throughout the night to nurse. He usually woke up between 11 pm and midnight, 3 and 4 am, and 6 am to nurse, then would wake for the day between 7:30 and 8 am. After he turned one, I was over it and starting to lose my mind from lack of quality sleep. We first eliminated the 11-12 waking; my husband always took at least this portion of the night. Eventually, Gabriel stopped waking up at this interval. Next, we worked on the 3-4 am waking (still are sometimes; we have a very gentle approach to “sleep training” even though we no longer nurse). Now, when Gabriel wakes up it’s either because his teeth are bothering him, he’s cold, or just plain lonely. Again, work in progress.

To eliminate the naptime nursing session, I scheduled him at daycare more than usual to get Gabriel to forget about nursing at that time. If your baby isn’t in daycare, I’ve read that running errands at that time and letting them sleep in the car works, too.

The last nursing session to go was the bedtime one. That was the hardest, as Gabriel would simply not settle if he was with me and not breastfeeding. My husband eventually had to take the bedtime routine too, until Gabriel transitioned.

Throughout this process, I also started decreasing time on breast. When we nursed on demand, Gabriel would stay latched for about 10 minutes on one breast before he unlatched on his own, either asleep or extremely drowsy. It was time to step in when he stayed on the breast longer than necessary and wasn’t getting milk – he was nursing only for comfort. This made me impatient and irritable, and Gabriel was biting me more often because his latch became lazy. I didn’t keep an actual timer with me, but toward the end, we were only nursing for a couple minutes before I would unlatch him.

In addition to the four approaches we used above, there were other little things that helped, too. These included:

If you’re trying to wean your baby or toddler, this resource from KellyMom is really helpful.

I never experienced significant mood or hormone changes when we stopped (that I know of, ask my husband!), and luckily we stopped before I developed an ongoing nursing aversion. It also helped tremendously with my supply that I became pregnant sometime around when Gabriel was 15 or 16 months old. Yay for pregnancy?

I’m very grateful we enjoyed a long breastfeeding journey, but at this point, I’m also very thankful to be done! It’s a bummer I won’t get to enjoy having my body back for long before another baby arrives, but it’s the way it goes! For now, I’m enjoying our new bedtime routine of books and snuggles, sans breastfeeding. 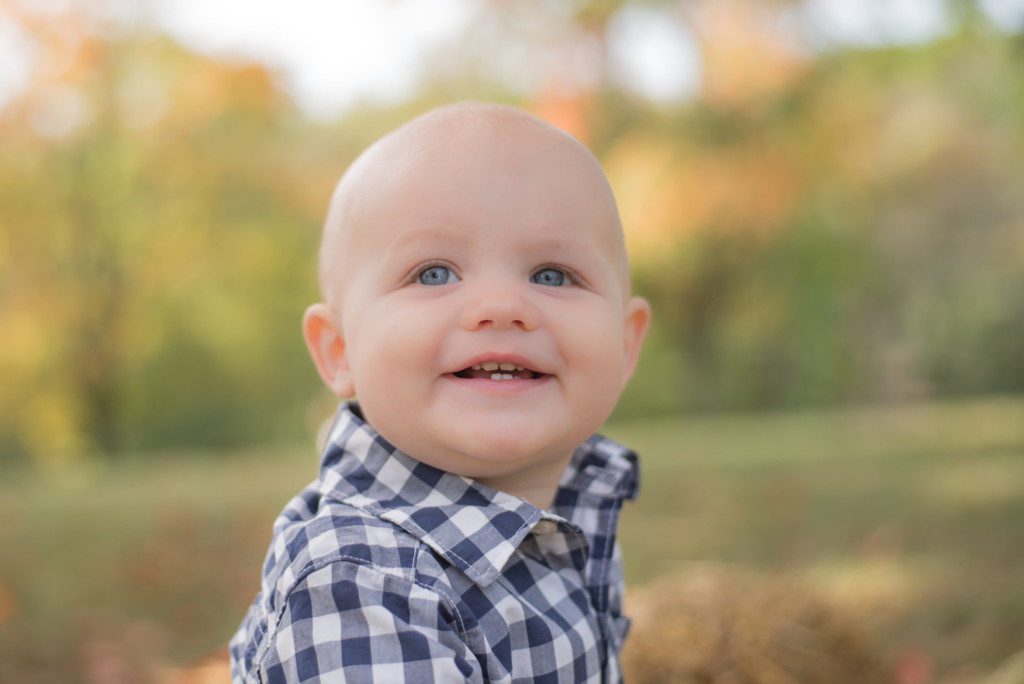