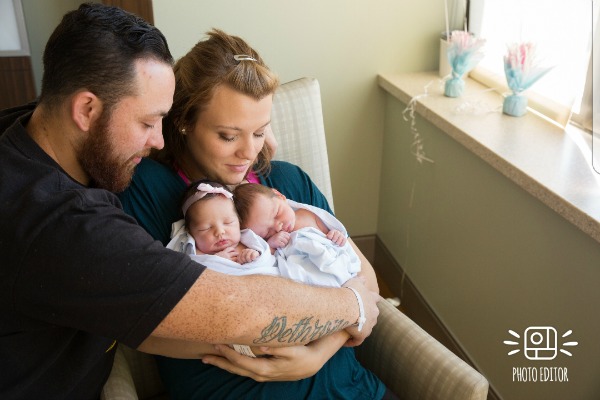 Kendall Kray was maybe 5 or 6 years old when she first dreamed of being a mother.

“I had always wanted to have children, for as long as I can remember,” she said. “As a little girl, I was always playing with my baby dolls. I even treated my cats like children.”

As she got older, Kendall started believing her dream would never become a reality.

That’s because she was struggling with obesity. The condition is linked to infertility — with one study showing that severely obese women were 43% less likely to become pregnant than normal-weight or overweight women.

“For me, it was a struggle since middle school of not maintaining a healthy weight,” said Kendall, now in her early 20’s. “I kept thinking, ‘How am I going to maintain my health and be in a relationship and have children someday? I didn’t know if it would happen for me.”

Kendall wasn’t alone in her battle with obesity. Her mother, father, and grandmother all had the condition.

Kendall saw how the surgery and lifestyle changes had helped her parents lose weight and keep it off. Their overall health improved. So did their self-esteem. And her parents even changed careers: Both became nurses.

With their encouragement, Kendall found hope. She began rethinking her future.

From the start, she felt Dr. Aksehirli and his staff were the right fit.

“They talked to me like I was an adult,” said Kendall, still a teen at that time. “And I’d heard that he was one of the best doctors around for this surgery.”

Becoming pregnant can be difficult for women with a body mass index (BMI) over 40, Dr. Aksehirli said.

“Women in that situation have a lot of issues with their metabolism. And because of the excess weight, their estrogen goes from one extreme to another,” he said. “It’s difficult for them to time their menstrual periods, so it can be challenging to start a pregnancy.”

The bariatric procedures available at Jefferson Hospital, including gastric bypass and sleeve gastrectomy, can help kickstart patients to reach a healthy weight and improve fertility.

“Hormonal changes happen for obese women with the first 20-pound weight loss,” Dr. Aksehirli said. “And a woman’s menstrual cycle goes back to normal after she loses 20 to 40 pounds.”

“It was very stressful, but I loved every minute of it,” Kendall said. “My family was really behind me for it all. I had three months to improve myself.”

Before surgery, patients must show progress in losing weight or maintaining their weight. And they need to prove they are committed to major lifestyle changes, like proper nutrition. “Or we don’t operate,” Dr. Aksehirli said.

Kendall was impressed with the care she received at Jefferson Hospital, which has dedicated bariatric operating rooms and offers minimally invasive procedures for gastric bypass.

Most of all, Kendall appreciated the motivation and support she received from Jefferson’s staff.

“Everyone was so kind and approachable. They were there for me every step of the way,” said Kendall, who lost 20 to 25 pounds prior to surgery. “I never thought I’d have gotten such great care in a community hospital setting. It became like my second home.”

The final days leading up to her surgery were especially challenging. “I had to be on an all liquid diet for awhile,” Kendall said. “But it was all worth it.”

In 2016, after weeks of challenging and preparing herself, Kendall had her gastric bypass surgery at Jefferson. Roughly five hours after surgery, she was up and walking.

After recovering at home for about four weeks, Kendall began seeing her future as a new adventure.

A student at Community College of Allegheny County, she switched her major to nursing, following the same path as her parents.

And in late 2016, Kendall met and began dating Dwain Alvarado. They clicked from the start. Before long, they were talking marriage.

In January 2017, she became a patient of Dr. Andrew Spergel, a Jefferson Hospital OB-GYN with an office in Kendall’s hometown of Monongahela, PA.

“He understood my concerns about gastric bypass and how I was worried about having children,” Kendall said. “He told me that I was doing a great job of making myself healthier and everything was going to be all right.”

Dr. Spergel’s wisdom proved to be true. Just one month later, Kendall learned she was pregnant.

The years of doubting finally ended.

“I can’t even describe the feeling I had,” Kendall said. “When we found out, we couldn’t have been happier.”

About four months into Kendall’s pregnancy, Dr. Spergel ordered a routine ultrasound. Kendall would get her first glimpse at her baby.

Her mother accompanied her on the trip to Jefferson Hospital, which has a state-of-the-art birthing center. It was then that Kendall got yet another surprise.

The ultrasound technician heard two heartbeats. Kendall was carrying a boy and a girl.

“Twins! I was on Cloud 9,” Kendall said. “We get to be parents of not one but two children. It was the best thing in the world.” 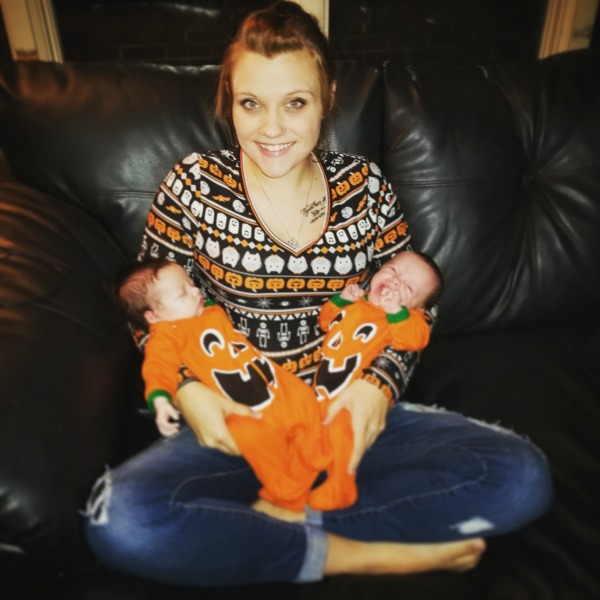 A mother at last

At 6 a.m., on Oct. 2, 2017, Kendall, her mother, and Dwain arrived at Jefferson Hospital for Kendall’s scheduled cesarean section (C-section) delivery. “I walked myself into the hospital, all the way to the delivery room,” Kendall said.

“I went from growing up and thinking I’d never have children to having two,” Kendall said. “We were just in total awe that this could happen to us.”

With support from Jefferson’s specially trained nursing staff and doctors, Kendall began breastfeeding and bottle feeding the twins, a special time to bond with her babies and get acquainted.

Smiling at the future 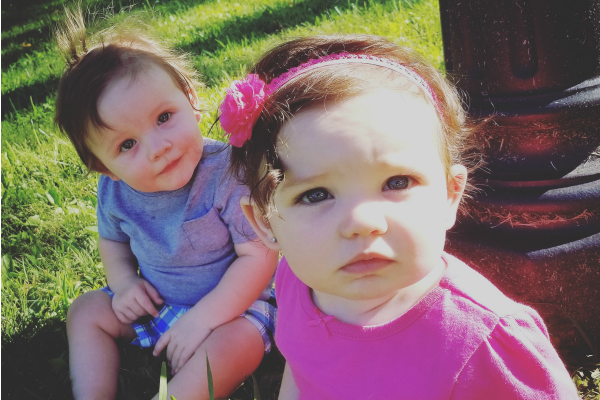 Their mother is equally happy and healthy — having lost 105 pounds since choosing to have gastric bypass surgery. “I even lost 25 to 30 pounds after having the twins,” said Kendall, who keeps fit by swimming, walking, hitting a punching bag, and using exercise videos.

Sometimes, during the everyday moments — like watching Evelynn and Leo playing or when putting them to bed — Kendall thinks back to just three years ago. She marvels at how far she’s come, how she worked so hard to improve her health and watched her dream of motherhood come true with one surprise after another.

And she smiles at the future.

“This is more than what I could have dreamed of, honestly,” Kendall said. “This is the best fairy tale ever.”