There was a time, when my kids were toddlers, that it seemed they never slept. My husband and I decided to have the no kids in our bed policy, so we sought out other ways to soothe our kids whenever they could not, or would not sleep.

First, it was a matter of figuring out if they had a nightmare versus them just not wanting to go to sleep. There were plenty of both scenarios. After we figured out which one it was, taking the appropriate action for THAT night was the next step. On a good night, a story and a prayer would do… on a not so good night, crying, fits, pleas for juice, water, cereal and numerous trips back and forth to their rooms were in order.

I slept in my kids rooms for months, that didn’t seem to help them or me.

Eventually after so many nights of this I decided to search for other reasons why they would not sleep and were waking up multiple times through the night. For my daughter, I discovered she did not like baby dolls! She still doesn’t like them and she is now 10. So I removed all of the dolls from her room, and she also likes her closet doors open (shrugs shoulders) so for her, those two things did the trick. 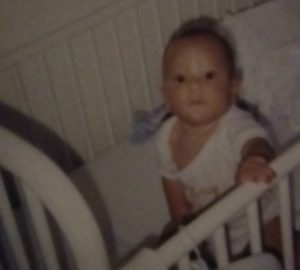 My son was much more complicated and we tried all kinds of things. This is the boy who would climb out of his crib at 12 months old in the middle of the night and fall asleep under the kitchen table. The first time he did this, I woke up in the morning and freaked out! He is 18 months older than my daughter. When I went searching for photos for this post, I discovered we don’t have many pictures of my daughter as a toddler. This is very telling of how hectic our lives were back then. Again a nine year old, 18 month old and a baby, who grew into a 10 year old, a two year old and a one year old (roughly the ages they were at the time of this story).

During those times my husband and I became so exhausted that wherever my son fell asleep, that’s where we left him, as long as it was safe.

I used to wrestle with putting him back in his room only for him to wake up screaming. So.. we did what worked for US at the time. Hey parenthood is not perfect, sometimes you just have to do what works… haha. Eventually, my son grew out of that and for the most part he sleeps in his own bed in his room. (For the most part) he likes to sleep in the game room on the weekends. Back then Facebook wasn’t around like it is now, so we were not thinking of snapping a pic of him sleeping under the table, we just wanted to sleep ourselves… haha. 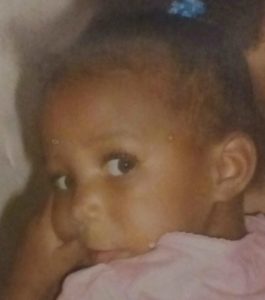 Each child is different and each child is sensitive to different things. I’ve learned my daughter has a very vivid imagination and shadows and things in her room at night frightened her. I still haven’t figured out why my son wouldn’t sleep in his room… but the point is, we worked through it and it worked out. My advice is to do what works for your child and your family. If putting your child in your bed works for you, then do it. We decided to vote for sleep, for everyone. Even if it meant sleeping under the table on the kitchen floor.