There are a lot of “unknowns” that come with the motherhood territory.  I read a plethora of books, babysat many children before having my own, and took numerous First Aid & CPR classes. Many would say I was prepared and had a substantial amount of experience. I would say I was moderately prepared for what parenthood meant.

There was one thing I was not prepared for; people’s opinions and comments. I wasn’t ready for the rude and insensitive things that people would say to me, about me, and my children. 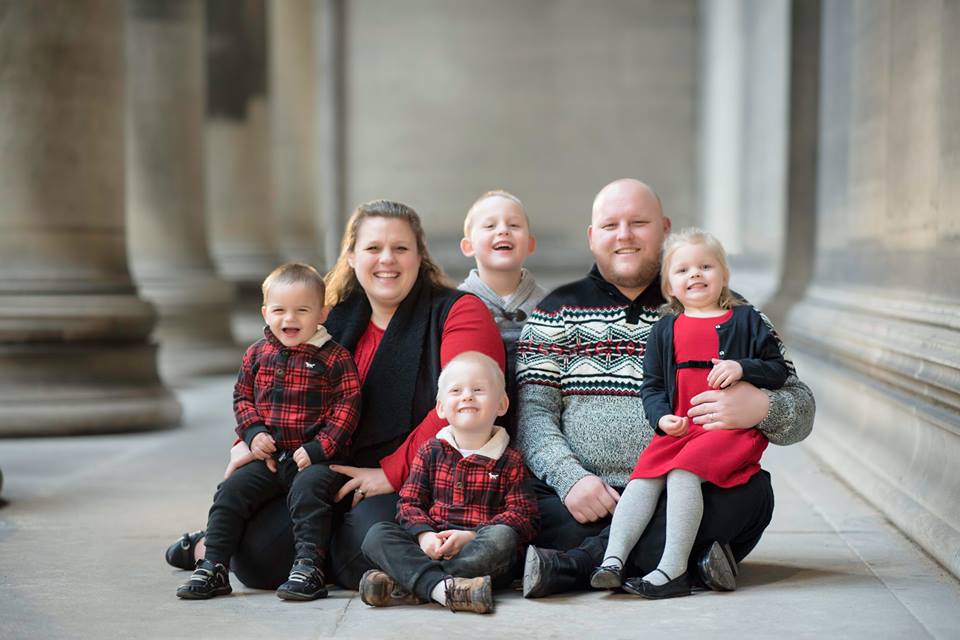 When Nathan was about 3 months old, I was in the line at Chick–fil-A with just the boys while hubby took Olivia to the bathroom.  The youngest two were in the stroller and James was holding my hand. A lady tapped me on the shoulder and said, “Are all these kids yours?” I tried to ignore her but she asked again. I turned around and said “Yes, they are all mine” Then she said, “Are you trying to be like the Duggars? Are you going to have more? Are you done?” My sweet, precious 4 year old turns to her and says “there is still one more in the bathroom! I still have a sister!”

I was the oldest of 5. I NEVER heard people ask my mom if we were all hers. I never heard people tell her she had her hands full. When did 4 kids become a number that was so crazy? People in the 1920’s had 11 kids! I don’t know when we turned into a society where anything more than 2 kids was not the norm, but it is just crazy! Little did I know, that was just the tip of the iceberg of the things I would hear in my adventure with 4 kids!

Last year, I had gotten all the kids (ages 5, 3, 2 and 1) in the car to go to Wendy’s. It was March, and in Pittsburgh that sometime means that its 25 degrees and snowing. When I went to get all the kids out of the car, the baby had taken off his socks and shoes. Rather than spending extra time in the cold trying to put the socks and shoes back on, I quickly grabbed him from the car and carried him inside. It wasn’t 5 minutes later that a police officer walked into the restaurant. He looked at us, the kids waved at him. He came over to us and said, “I don’t want to embarrass you all, but a woman called in and said that you had a baby here with no shoes”. I explained what happened and that since he wouldn’t be walking we thought it was quicker to just carry him in. He apologized again and thanked us for our time. The running joke now anytime Nathan doesn’t have socks or shoes on is “whoever sees it has the non-emergency police line on speed dial”. 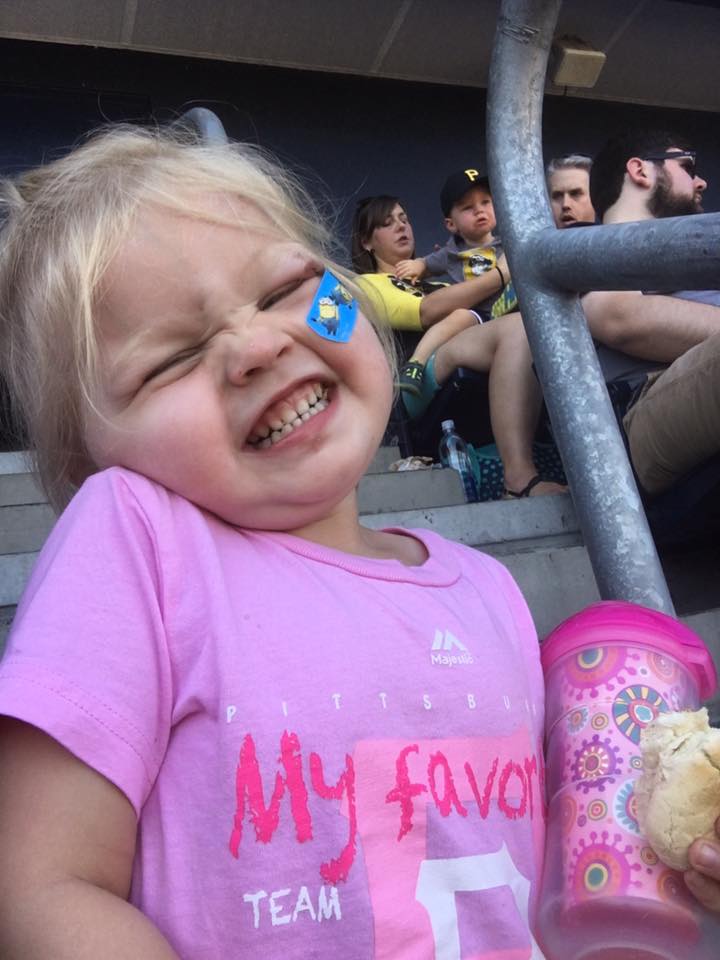 My dad came to Pittsburgh for the weekend to visit and the whole family celebrated at a Pirates game. In the first inning, Olivia bumped the gentleman in front of us by accident. He made a nasty face, and I cautioned Olivia to be careful. In the second inning, she dropped her cup and bent over to get it, and accidentally bumped him again. He turned around and said, “Could you learn how to control your children? That’s the second time she has hit into me”.

“I’m sorry kids are kids, it was an accident she didn’t mean to, do it.”

His reply: “If you knew how to properly discipline and control your children and actually be a mother this wouldn’t be a problem.”

Tears welled up in my eyes because I was so angry and insulted. Of course realizing I still had 7 innings left to sit by these people made it even worse.

As I sit here and write this, I honestly am baffled by some of the things that have been said to me about my kids.

Once while dining out, the baby vomited. Another patron walks up to me while I’m still cleaning up the floor and says “You know, I came here to have dinner and you ruined my meal because you can’t control your children.” I turned to her and replied, “I’m so sorry the baby got sick, we obviously weren’t expecting it”.

Her reply: “He ruined my meal. I couldn’t even eat my dinner because I could hear him throwing up. You should pay for my meal since your child ruined it”.

I am sure my mouth was hanging wide open.  I was mortified.

Sometimes I wonder what it would be like to have less children.

Would people still approach me and say insensitive and rude things? Would they feel the need to tell me how to parent my child in a public place, when my child is genuinely acting like any child would? Would people feel the need to comment on how many children I have with me? Would they make comments like “Wow your hands are full!”? Probably not. I’m sure if I only had two children I wouldn’t hear half of what I hear or get the looks I get when I have them all in public.

I can’t even imagine my life without one of my kids.

Yes, it is exhausting.

Yes, I feel like a referee all day every day.

Yes, my hands are full.

Yes, I am overwhelmed.

Yes, I am always busy and I don’t have free time to gab on the phone.

No, I can’t just leave them with a sitter to go get coffee.

You see, these are the things no one tells you in the books. These are the experiences you don’t know about until you have kids.  While I have days where I am ready to take a bridge, I cannot imagine waking up without them. I look back on the person I was in 2009, and the person I am today and see huge change.  Kids are changing you, whether you like it or not. Never in a million years did I think I would have 4 kids by the time I was 28, and yet here I am. Some days are harder than others. Some days feel like a dream because they are going so well. This is motherhood; the good, the bad, and everything in between. It won’t always be this hard and it won’t always be sunshine and rainbows. 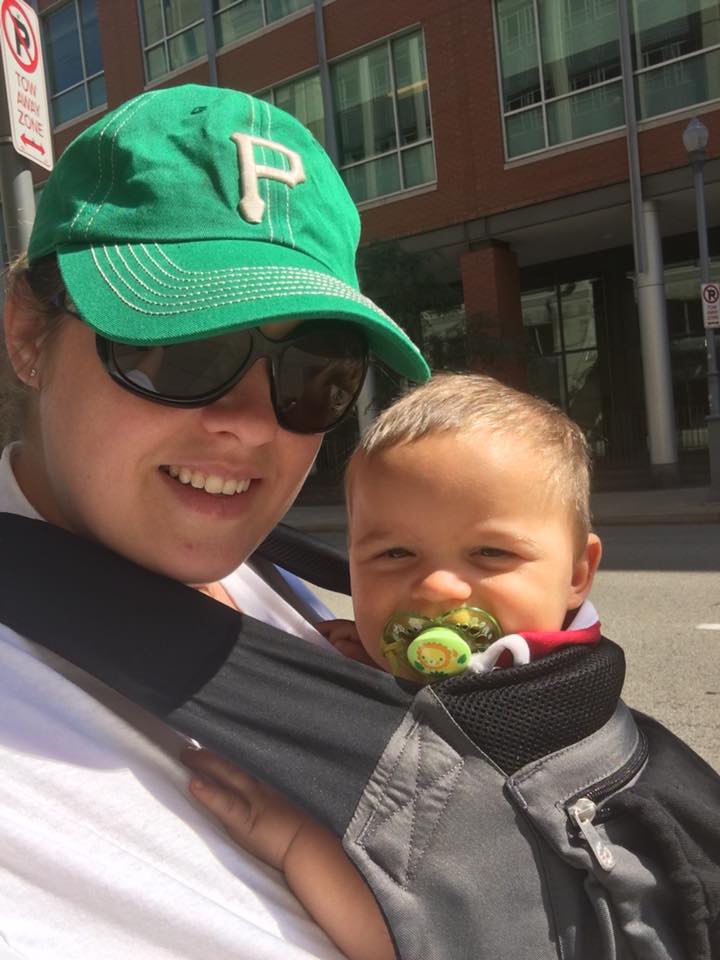 I’m working on being more positive this year, it’s something I have really struggled with in the past.  I can’t control other people but I can control my response to them. We don’t know what someone else is going through, so instead of responding back in a mean way, I am going to try and be kind. Every person has some sort of battle that they are fighting.

I read this quote recently by Christine Carter, who is a Senior Fellow at the Greater Good Science Center.

She speaks:  “After all, it is only when mean people actually are happy and free from suffering that they will stop trying to take us down with them”

While we cant stop strangers from being nasty and unkind, maybe a compassionate response will stop them in their tracks.

So the next time you see a mom with full hands, or a crying kid, or maybe even a puking kid try saying something encouraging. Just be kind. Kindness is free! It doesn’t cost anything.  You never know how your kind comments or words of encouragement could totally turn her day around.  You might be the only person who even notices her that day. 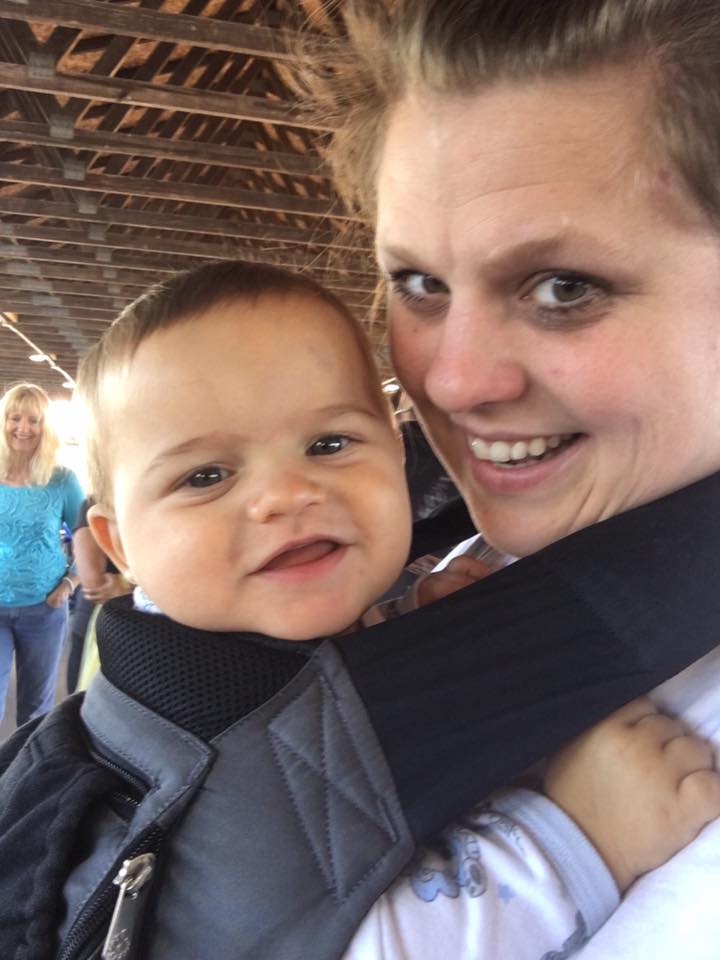