It is hard for parents to put their not so great moments out there. In a world full of filters and social media apps we forget that we are all human and make mistakes. No parent is perfect. As long as we learn from our words and continue to grow as individuals and parents I think we can be successful at this parenting thing.

It was a Tuesday and our four-year-old’s last baseball game of the season. At the end of the game we went to say thank you to the coach. As the coach is praising our son he looks at us and says “he has the best hand eye coordination on the team.” 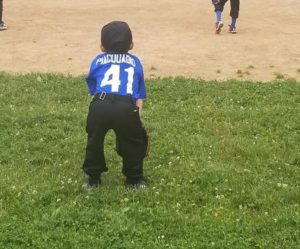 Instead of accepting the compliment, I reply “he just needs to pay attention a little more.” 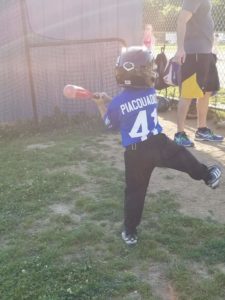 And in that moment it hits me.

I hate to admit it, but instead of taking compliments I immediately pick out the flaws. Not just with my son, but also with myself. The BUT always seems to makes its way in-between the praise and the correction.

Maybe it’s because I am a perfectionist or like to be an overachiever or because my son is starting to mold into a little version of myself.

Sometimes I forget he is only four. I forget that since he has a summer birthday he has to play up with the kids who are five and six, some may even be pushing seven.

The mom guilt hit me like a ton of bricks.

It made me realize the pressure I sometimes put on my son to be “perfect.”

My son is four. He has years to learn a sport he may love. Right now, he is having fun playing baseball with his new friends. He has the opportunity to play with children older than him and he continues to be his observant self.

We try to teach our children daily lessons, but every once in awhile parents can learn lessons too. 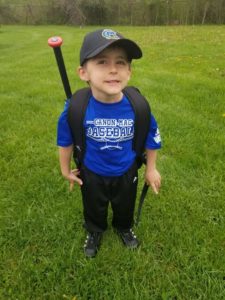