When two-year-old Maria had barely said a few words, Jackie began to worry. She noticed other changes in her daughter’s behavior that made her wonder if something serious was wrong. Was Maria more agitated and frustrated than usual? Or was it the ‘terrible twos?’

It all became clear when Maria tested with an Elevated Blood Lead Level (EBLL). 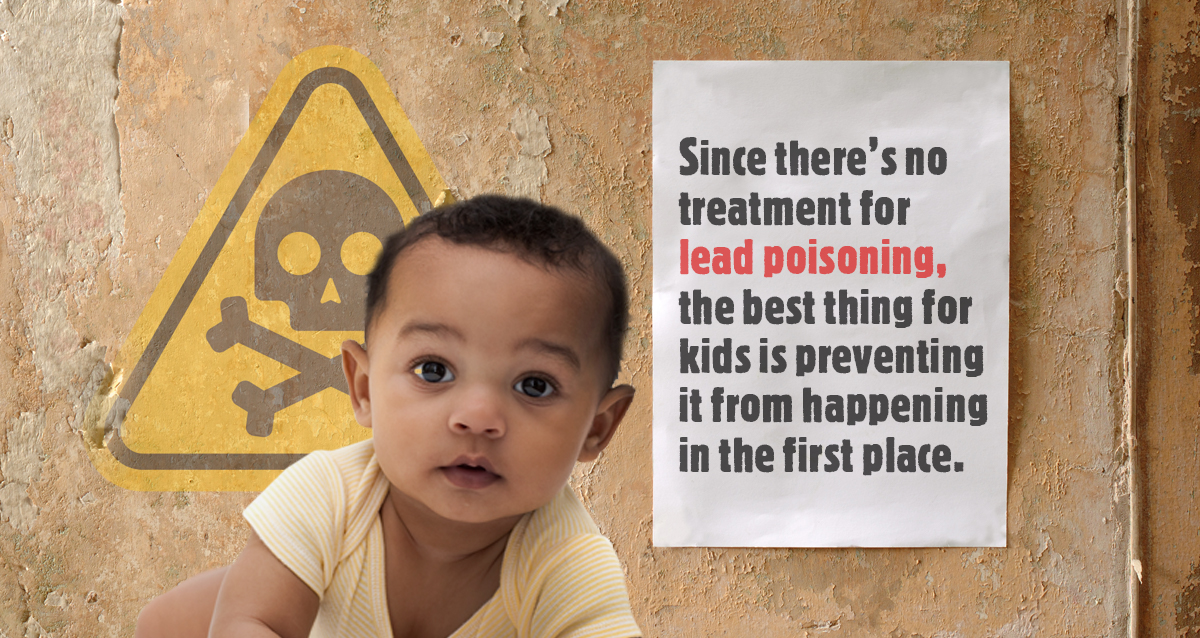 According to the American Academy of Pediatrics (AAP), there is no safe level of blood lead concentration in children, so even slightly elevated levels can cause problems. The effects of lead poisoning include permanent cognitive, academic, and behavioral difficulties in children.

“Because there is no safe level of lead exposure – and no treatments for children with lead poisoning – the best thing for children is to prevent any exposure to lead from happening in the first place,” explained Michelle Naccarati-Chapkis from Get the Lead Out Pittsburgh, a public awareness campaign. “This is why we’re calling on all of us in Allegheny County to advocate for prevention policies. To reduce – and eventually eliminate – exposure to lead for all children in our region.” 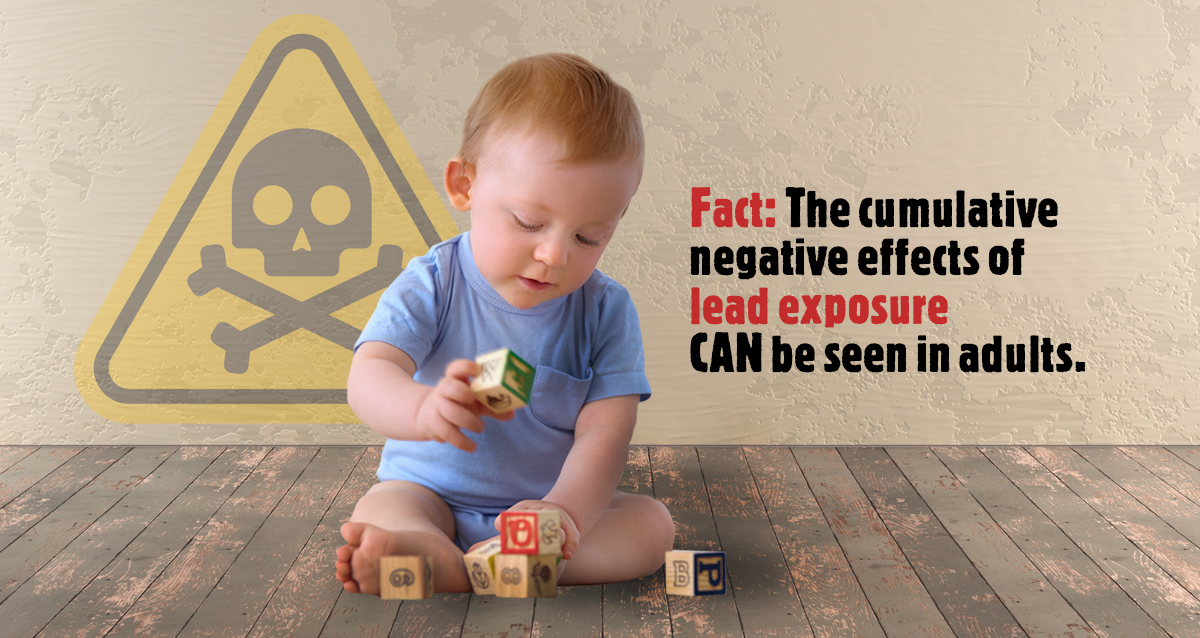 According to the Allegheny County Health Department, the leading source of lead poisoning in children locally is dust from lead-based paint. This is not surprising since 80% of Allegheny County homes were built before lead-based paint was banned in 1978. Home renovation and chipped or cracked paint in windows and doorways can bring lead dust to the surface, putting children at risk for lead poisoning.

Lead is especially dangerous to children under the age of six, as their brains and nervous systems are more sensitive to the damaging effects of lead and their growing bodies absorb more lead. Additionally, as babies explore objects and textures, they learn by putting those items in their mouths, which can cause them to ingest lead dust. 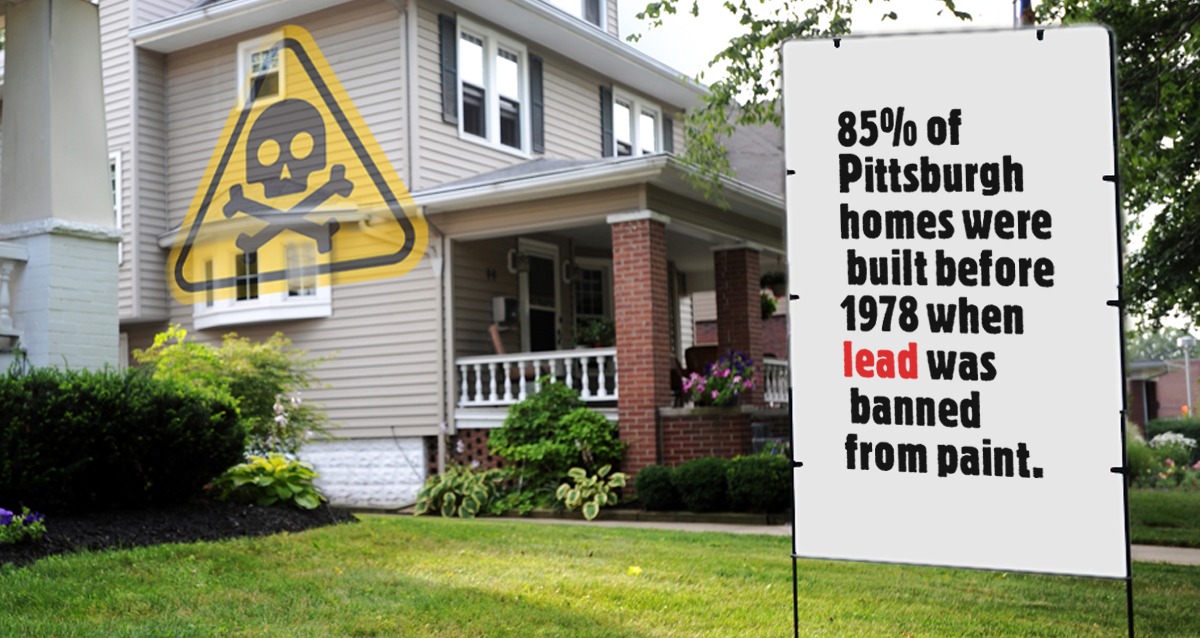 Allegheny County Health Department data shows that lead poisoning is not limited to just one neighborhood or community; children from all corners of the county have been reported as having EBLLs. From 2015 to 2018, 1,763 young children were identified for having EBLLs, an increase in new cases reported to the health department over that period.

“Eliminating lead from anywhere children can be exposed to it should be a national priority,” said AAP President Benard Dreyer, MD, FAAP, in the AAP’s statement on lead exposure in 2016. 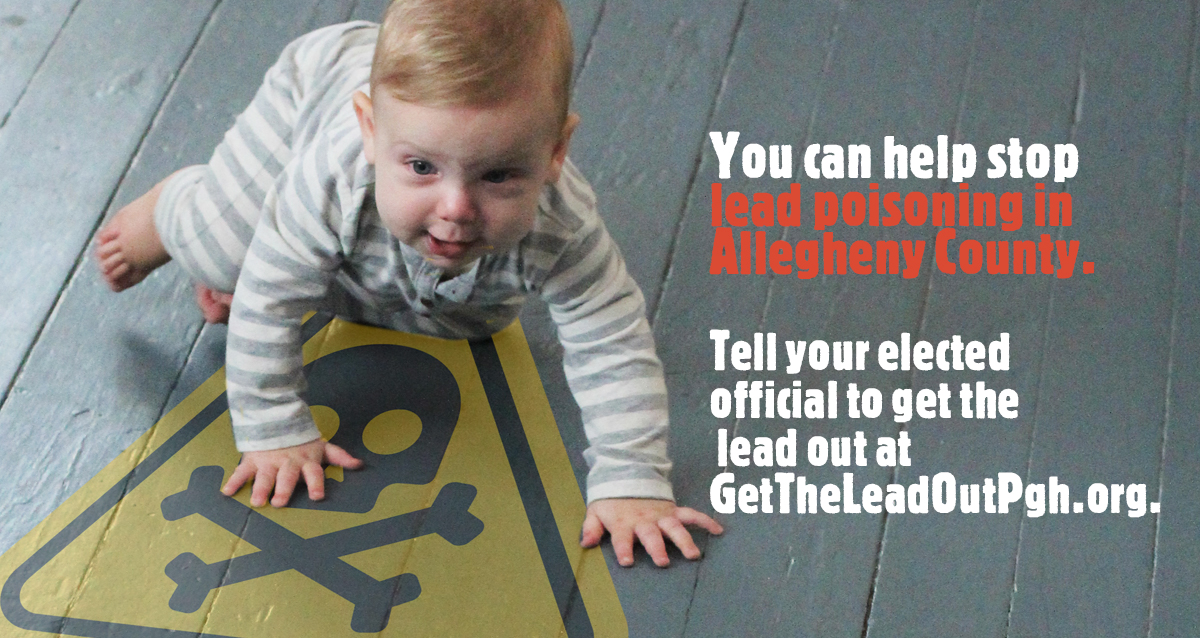 “Protecting children from lead exposure is the only effective way to address lead poisoning,” Naccarati-Chapkis added. “Get the Lead Out Pittsburgh is committed to helping communities enact change so that we aren’t just testing children for lead exposure, we’re testing the environments where they live and learn. We need to stop lead poisoning before it starts.”

Prevention measures for municipalities could include establishing a rental registry so renters with children, or pregnant women, can be assured of a lead-safe space; requiring lead testing and remediation for property rentals; requiring lead-safe demolition to prevent the dissemination of lead dust; enforcing EPA rules for lead-safe renovation, repair, and painting; and requiring schools and early learning center to test and remediate for lead.

In Allegheny County, there are no requirements for landlords to test for lead unless they or a tenant receives subsidies from the U.S. Department of Housing and Urban Development. Additionally, home sellers are not required to test for lead; however, home buyers can request lead testing as part of the home inspection. 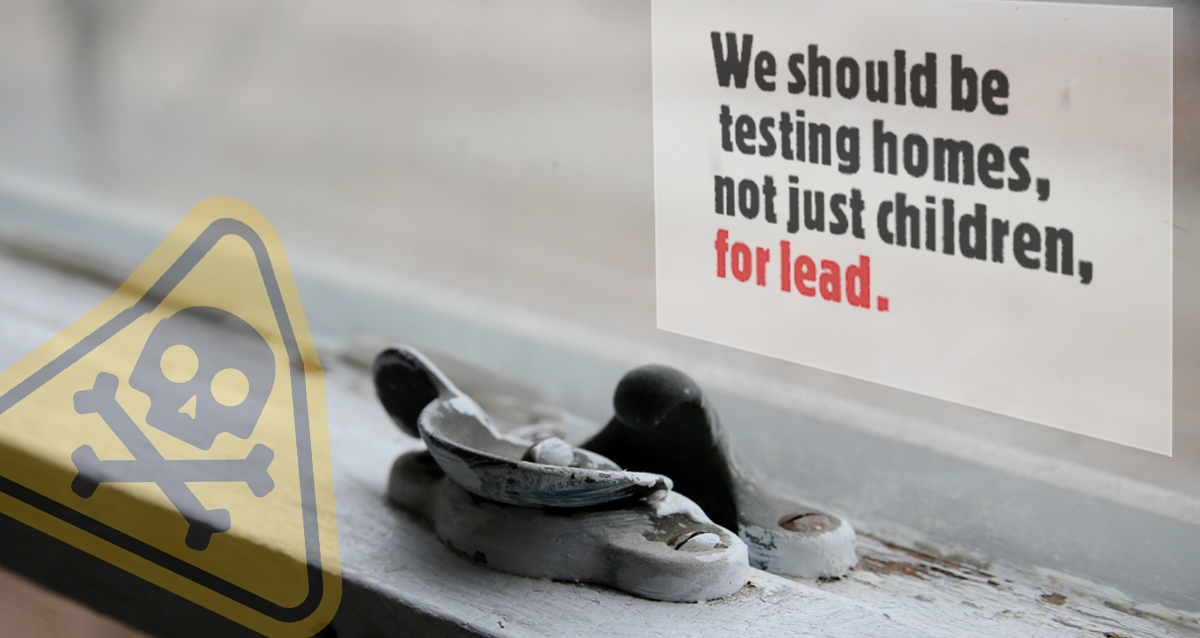 All children, like Maria, found to have EBLLs should be referred to early intervention services. Earlier this year, Illinois and Ohio, following only Michigan, made children with even low lead levels automatically eligible for physical, developmental, and other interventions at an earlier age, when they are most likely to have an impact.

Get the Lead Out Pittsburgh is committed to helping families who are impacted by lead poisoning get the help they need, from legal advocacy to early intervention services, in addition to helping concerned community members work to drive change in their municipality. Learn more, get help, and take action at GetTheLeadOutPgh.org. 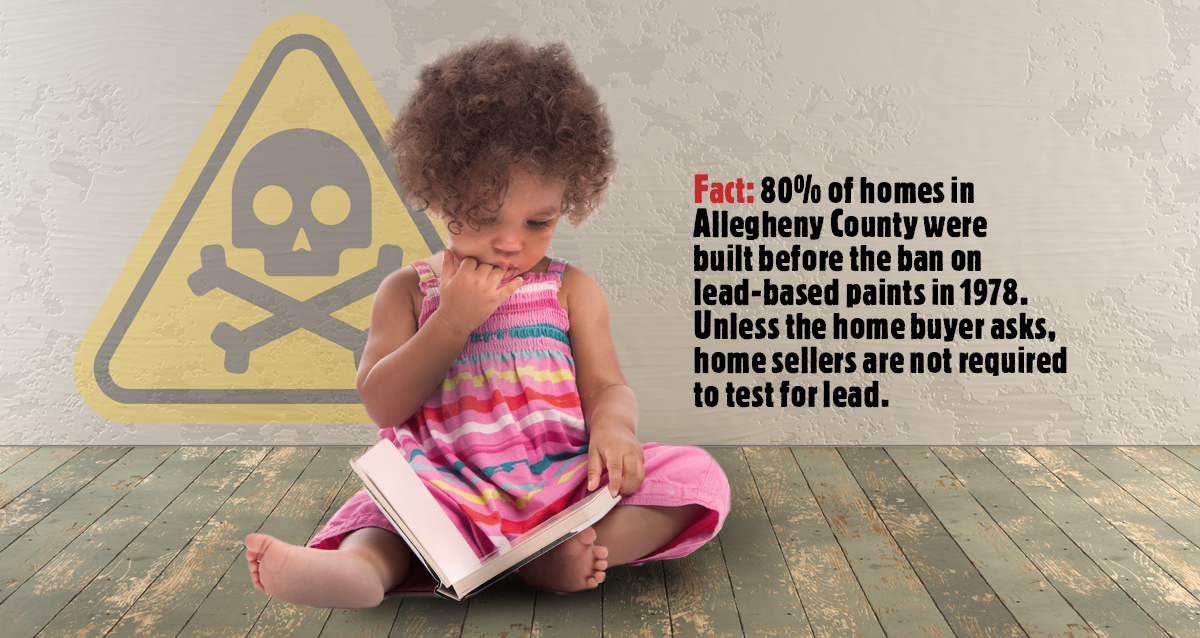