Early intervention services are critical tools for babies and young children who need a little extra help meeting physical or developmental milestones. Therapists use a variety of strategies centered around play to help babies walk, encourage toddlers to talk, assist young children in mastering fine and gross motor skills, and so much more.

Did you also know that early intervention can be a valuable tool for parents struggling with picky eaters?

A Short History of Our Picky Eater

My son, Gabriel, turns two at the end of September. He always met or exceeded all his milestones and enjoyed tasting the variety of new foods we offered to him as a baby.

After his first birthday, his eating habits quickly changed. Between teething, illnesses, and newfound mobility, his list of approved foods plummeted. I later learned that after babies turn one, their appetite naturally decreases. When this happens alongside learning to walk/run and teething, the resulting trifecta can easily derail many kids’ eating habits. With every illness and every new tooth, we always experienced a temporary food regression. But it was no longer temporary, and even though Gabriel was still growing in height and continuing to meet all other milestones, he stopped gaining weight.

A Change in Perspective

Even though Gabriel wasn’t gaining weight, he wasn’t losing it, either. Despite this, his growth chart showed a dramatic drop in weight percentile. His pediatrician said that it’s normal for kids to drop on the growth curve and start fresh after they turn one, especially very mobile kids like Gabriel. And yet, the battles at mealtime continued and his list of safe foods continued to diminish.

Many people assured me it was just toddlers being toddlers: fussy, fiercely independent, and fickle. That picky eating is normal in kids. That he’ll eat when he’s hungry. And he’ll grow out of it.

When? When his weight drops off the growth chart? And when would my sanity give? We tried everything, believe me. But he would still have a meltdown if a non-preferred food was placed in front of him. My instinct told me to look further; my logic told me I couldn’t tolerate years of a picky eater before he grew out of it, if ever.

So I requested an early intervention evaluation. And my perspective changed.

The process started with Allegheny County Alliance for Infants and Toddlers. We scheduled an in-home evaluation for Gabriel, focusing on his eating but still looking at gross and fine motor skills, communication, and physical development.

We discovered that Gabriel has an underdeveloped rotary chew, which is basically his ability or desire to move food to either side of his mouth. This alone impacts his eating, because he’s not able or willing to chew foods if he feels like it will take too much work. There was also a clear behavioral element to his relationship with food.

From there, I chose an early intervention provider from a list of approved organizations in Allegheny County. Soon, we met our care coordinator and therapists, Cara (Occupational Therapy) and Andrea (Nutrition). We meet with Cara once a week and Andrea once every two weeks or monthly, depending on schedules and need.

Cara works with Gabriel on the physical and behavioral barriers to eating, including but not limited to his rotary chew and mouth muscles, but also how he approaches mealtime, sitting at the table, interacting with food, and more. Andrea also works with Gabriel on his mental barriers to eating and helps him explore new ways to experience food. She works with me on strategies to increase his caloric intake and creative exposure to different food groups (like ideas on how to hide veggies in safe foods and increase the calories in the meals he does eat).

Our goals for Gabriel are to increase his baseline calorie count so he gains an appropriate amount of weight, get him comfortable with exposure to foods in all food groups, and eventually increase the number of foods he tries – and will eat. Did you know early intervention can do that? I didn’t! We plan on working with Gabriel until he turns three or meets his early intervention goals, whichever comes first. 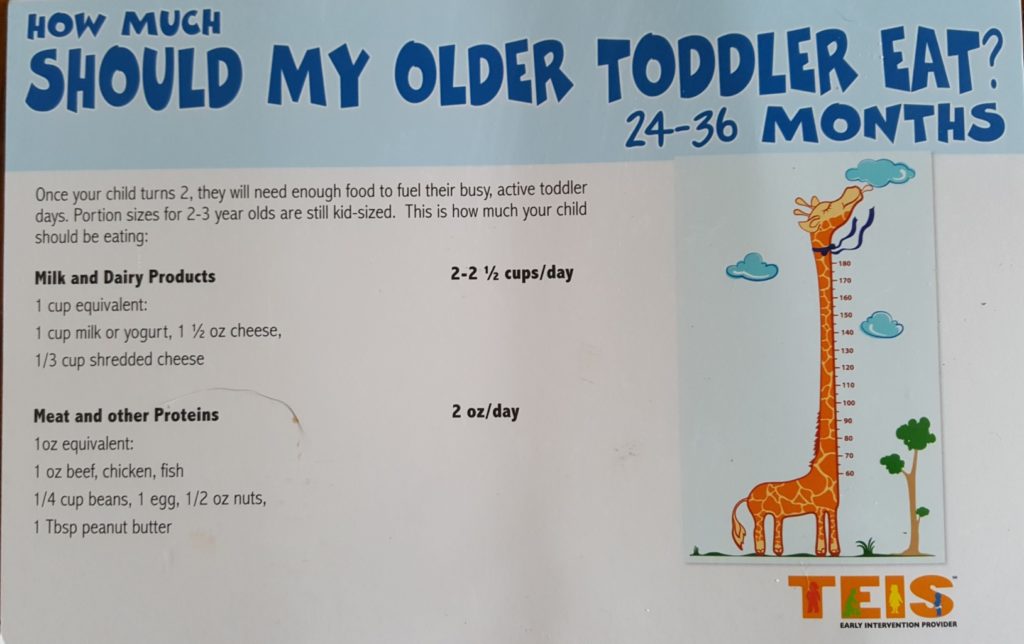 Our Progress So Far

We are about six weeks in as of this writing. In that time, Gabriel has gained weight, resumed eating cucumbers (he stopped eating these months ago, and it’s a veggie – yay!), tried and loved sesame chicken, tried carrots, green beans, a tomato, a few more foods I can’t remember. There are far fewer tantrums and meltdowns at mealtimes. Each therapy session focuses on removing the stress, anxiety, and pressure to eat from mealtimes, and when he feels comfortable at the table and can have fun interacting with his food, he is more likely to try and eat foods. 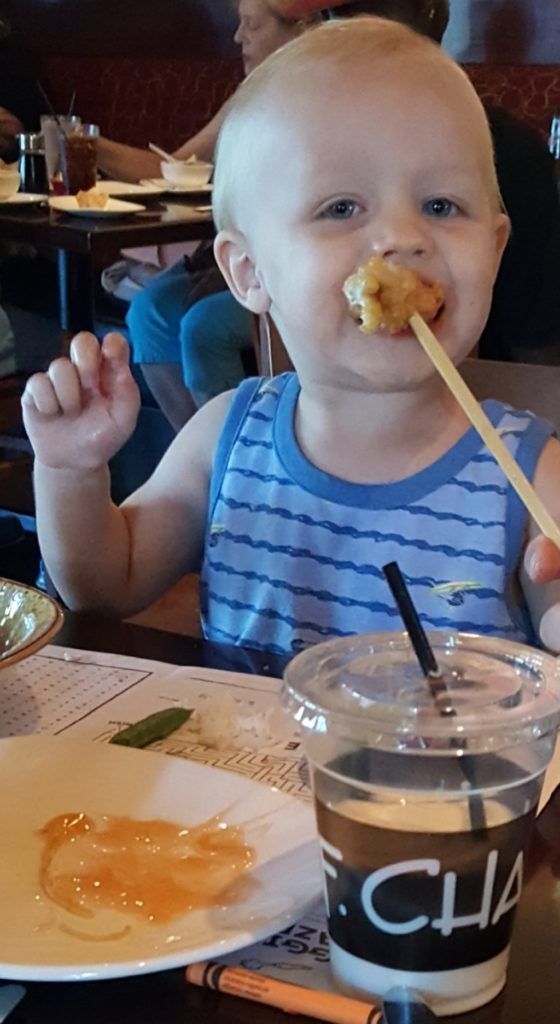 In a future post, I’ll describe some of our therapy sessions. If you have a picky toddler, maybe you can get some ideas, too.

I still get sideways glances from some people when I say my son is in therapy for his picky eating. But if it’s working, oh well! There is always more to it than I could explain in a short conversation, anyway. There is much to be said about being your child’s best advocate; don’t be afraid to pursue different options to help your child, even if the solution seems a little out of the ordinary.