I must sound like the biggest Grinch this time of year.

Our family decorates for the holidays, but minimally.

We don’t have much family, so there are no major celebrations. Even before that became an issue, we have a kid with autism, so we shy away from most louder parties with a very polite “no thank you.”

We are not a crafty bunch. Do that stuff in school and bring it home.

Forget the Elf on a Shelf. We aren’t going there.

And now we come to the point of the month, after I have just managed to put together a holiday for my small family, where the emails start coming demanding money for teacher gifts, coach gifts, bus driver gifts, etc. 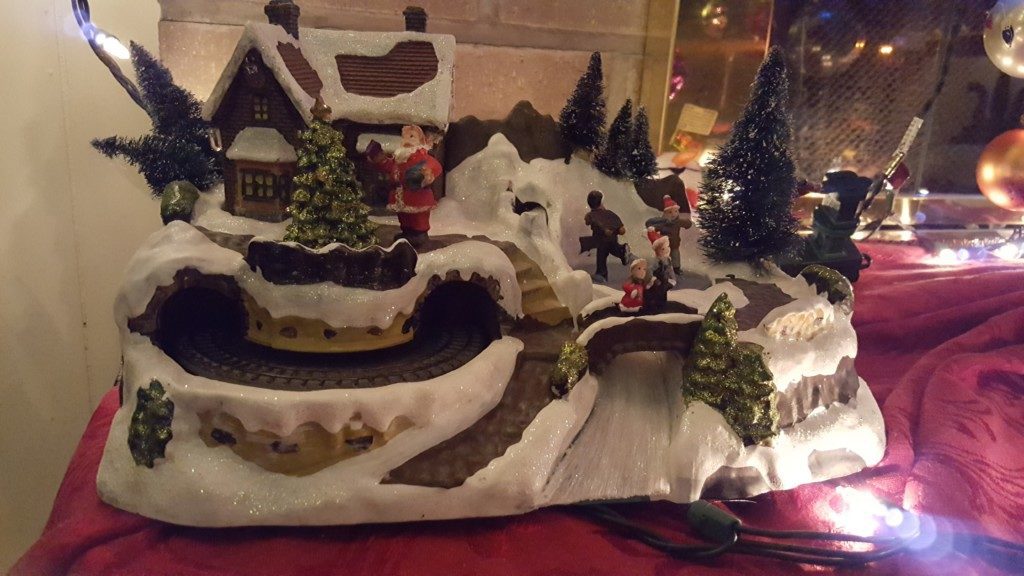 No lie. I just got an email from one of my daughter’s sports teams asking for $10 for each of her coaches. There are FOUR COACHES, and I haven’t even met most of them! Just last week, we received an email from that same team, telling us we had to participate in a holiday party and Secret Santa, where we had to buy a gift for another child on the team, with the total for that gift being around $20. So the total for just this one organization, for Christmas, is $60! Not to mention my daughter does another sport, which already asked for $25 for their holiday party (and no, it wasn’t voluntary there either,) my oldest son plays a sport, whose team has yet to ask about holiday things, you know school stuff is coming, I still have one more child in addition to these two with longtime therapists, and, oh yeah it is Christmas!

Can we put the brakes on all of this please?

I absolutely agree teachers, coaches, and therapists deserve thanks, and if parents can afford to give gifts, then they should do so.

Therein lies the problem; not every parent can, and it should be an individual decision from parents to give gifts rather than an idea forced on the entire group. What would you rather have, a gift that was forced out of someone, or something that came from the heart? Many teachers and coaches I asked prior to writing this blog overwhelmingly said the latter, so why do so many sports organizations and schools still insist on sending an email practically forcing families to give certain amounts of money, many times not even considering what they are asking is just not doable at this time of year?

Our family just gave that particular sports team a pretty decent chunk of our household income this month for our daughter to stay on said team. That may have to be gift enough. The idea of being forced into more does not sit well. We live in a well-to-do area, but our family is not well-to-do. We have a budget and live by it the best we can every month. Every Christmas, we do give some small gifts, but usually it’s to the Mobile Therapists that have been treating our kids for several years, or it’s a personal gift (as in I bake cookies) to the teachers who have cared for our children so lovingly.

Most people reading this would argue participation in many of these gifts are optional. From the looks of the emails, some of them appear to be. The emails I received from my daughter’s teams certainly weren’t optional, especially the parts about participating in buying gifts for other children on the teams. How am I going to allow her to get a gift from a kid and not get a gift for another child? That’s going to look fantastic at those holiday parties! Really, just do the party. My kid doesn’t need another gift, and I don’t want to be forced to buy a gift for a child I don’t know and try to figure out what that child may or may not like on top of it. The peer pressure from all of these emails can be great, and if the kids get told about it, then I have to hear “Mom, we HAVE to send $5/$10/whatever into school for Mrs. So-and-So’s Christmas present!” Although if the funds aren’t in the budget, they don’t get sent in.

I am also under the belief if you don’t pressure or force people to give gifts, the more likely they are to do it on their own. Did I mention I make some really fantastic cookies, and many a teacher/coach have complimented me on my mad baking skills over the years? People are also going to give money, gift cards, and other things. It just feels like when you do this type of forced giving, you are telling people you don’t like their gifts, and you are demanding a certain thing at a certain price. Some class and team moms may not believe it, but again, I have had many a teacher tell me the gifts they cherish the most are the ones that are homemade and come from the heart. Unfortunately, not everyone can do or afford the big to-do, so it’s kind of either their gift or no gift. These people also have to consider, like our family, that we have multiple kids in multiple activities, so we can’t give $20-$60 to everyone. That’s just not happening. 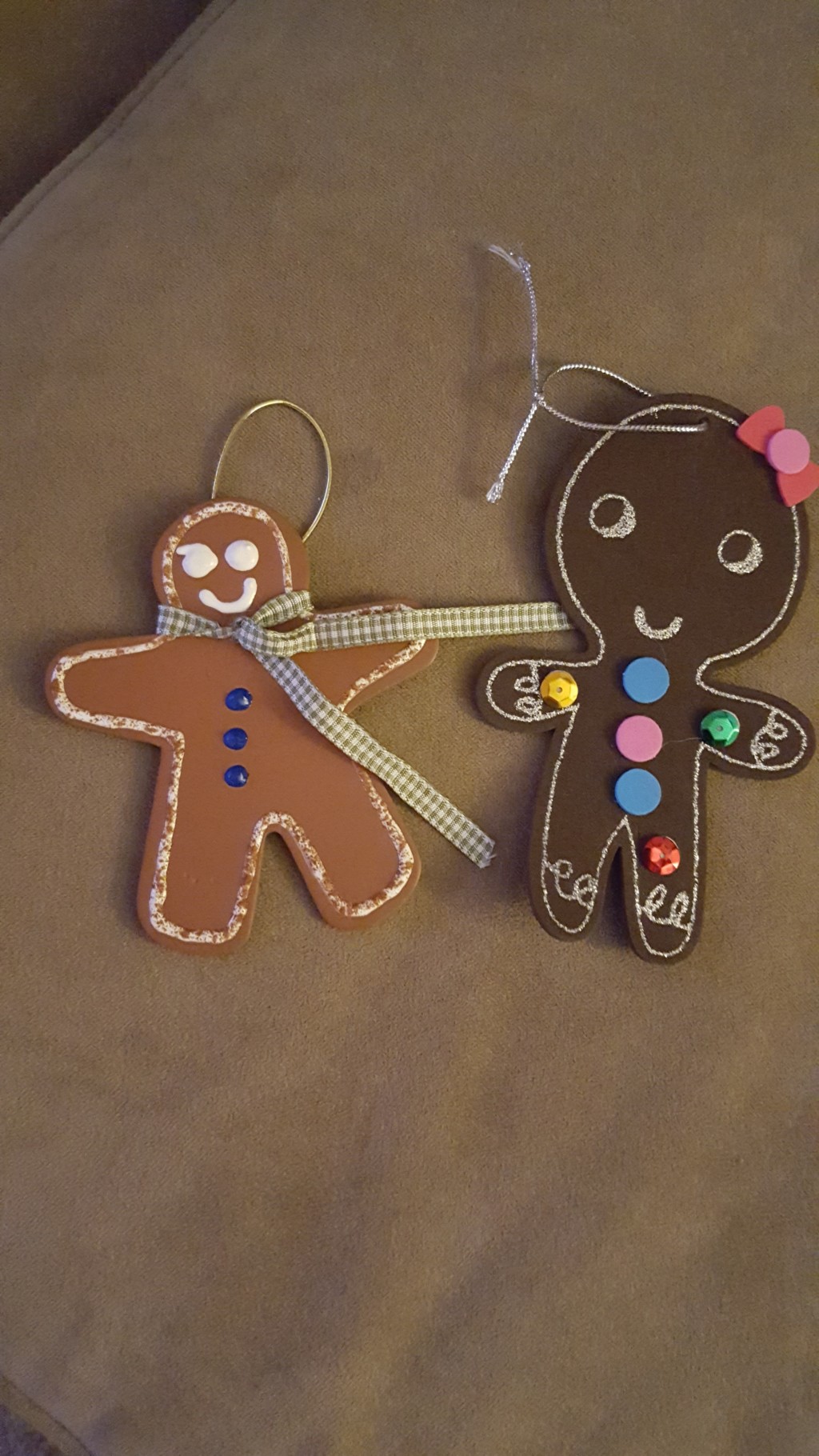 Despite all of my griping, there is plenty of Christmas spirit in Chez Forsyth. The decorations we do put up have significant meaning. My daughter and I have a tradition of going to see The Nutcracker every year. On Christmas Day, we order Chinese food al a A Christmas Story, and enjoy the marathon of that movie until we laugh ourselves silly. In recent years we have added the PPG Ice Rink and Winter Garden. We donate our time to local charities and our funds as we are able.

I don’t want to give the impression we are cold, heartless people who don’t gift. I am against the idea of forcing people to give for school or sports teams. Not everyone can afford to and should not be pressured into it, or made to feel bad when they either can’t or don’t contribute. I also feel if you don’t push the idea of the “class gift,” or “team gift,” people are more inclined to give gifts on their own. We are a kind and giving society, especially this time of year. Please allow families more leeway to decide.