I don’t mind being pregnant. There are those who love it, and those who aren’t such big fans, but overall, I like the experience. Aside from the obvious positive (what a miracle it is to grow another human being inside of you), I actually enjoy those stretchy maternity pants, an excuse to eat more, and how, all of the sudden, everyone is nicer to you. {Side rant: if people exhibited that level of kindness all of the time, the world would be a better place.}

And while I do miss my wine, and to a much higher extent my coffee while pregnant, in general I think that the process is pretty enjoyable and goes by relatively quickly. That is, until you pass your due date. My advice to any pregnant or future pregnant moms out there: Ignore your due date. 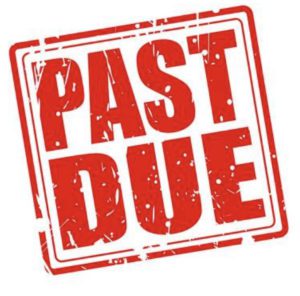 Think of it as what it actually is, which is a due month. The fact of the matter is, approximately 80 percent of women deliver sometime between 37 and 42 weeks. That is a huge time frame.

With my firstborn, I went into labor at 38 weeks. This time around, I was sure that I would go into labor earlier than my due date again. I had my hospital bag packed and ready to go at 35 weeks. When I reached 38 weeks, I anxiously began waiting for any signs of labor to begin. Instead, I was pregnant for over three more weeks.

My due date came and went, and each day after felt like an eternity. After a restless sleep, I’d realize that “today probably wasn’t the day,” and feel a sense of despair. Forty weeks is a long time, but the days waiting for your scheduled induction are an eternity. At that point, on top of being as uncomfortable as humanly possible, you’re faced with a slew of inquiries asking where baby is. You’re ready to be done with this stage and meet your child. It is, in a word – maddening. I never imagined that after nine months of being patient, I would lose that virtue in the final weeks. But I did.

The real issue here is not the baby’s agenda, but the idea of a due date in itself. As a society, we’re accustomed to deadlines and packed schedules. By giving moms-to-be a due date, doctors are also giving them a built-in “plan” to aspire to. But if I’ve learned anything in my two and a half years of being a mother, it’s that parenthood and plans don’t go together. Each child is unique, and every situation is its own. In a way, due dates are the first test you’ll face as a parent. Expect the unexpected. Everything won’t go to plan, and that’s OK – because you’ll still get the greatest gift of all: to be a mother.