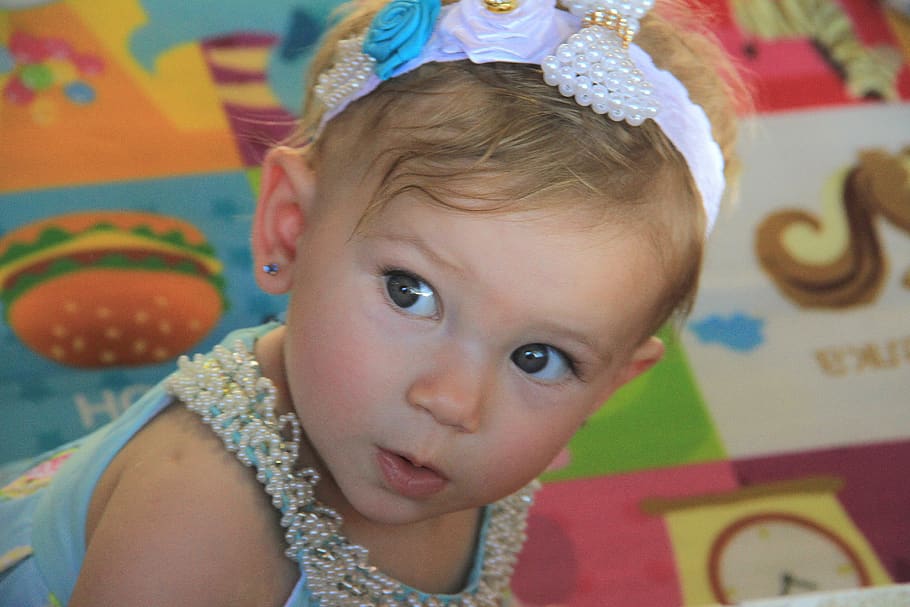 I got my ears pierced two or three times as a child and adolescent before I finally had a successful piercing that allowed me to keep my earrings in. Two times I went to the good old Piercing Pagoda at the mall, nervously sitting in the chair in the center of the kiosk; the other time (or was it two?), I went to Claire’s, where a rushed employee took out the piercing gun, punched a hole in each one of my ear lobes, and went back up to the cash register to ring out other customers.

My experiences with ear piercings at first were bad; from the pain of the piercing, to one infection after another. I was so happy to have moved beyond the initial one-hole earlobe for several ear piercings throughout high school, plus other body piercings later. For me, each piercing was either a rite of passage or some desire to express my teen self with jewelry going up my entire ear.

Now as a mother to a one-year-old baby girl, the thought that comes to mind when I consider how cute Abigail would look with pierced ears is: “I was old enough to choose. She’s not; she’s a baby.”

It’s not that simple, guys. As one can expect, there is more than meets the eye in this debate.

There isn’t reliable data on how many babies in the U.S. each year get their ears pierced, but one source from 2005 stated that only about 10 to 20 percent of women do not have pierced ears.  And that’s women … who knows about babies. One thing is for sure: it’s a controversial topic in many mom circles.

In writing this article, I found out that piercing a baby’s ears in Latin American communities is so common that it’s not unusual for newborns’ ears to be pierced while they’re still in the hospital, just a day or two after being born. In Hindu tradition, the karna vedha sanskar ceremony requires piercing a girl’s ears in either her first or third year of life; or during the Mundan ceremony at the time of the first haircut. Either way, it’s early.

And some parents who chose not to have their babies’ ears pierced as an infant later regretted it when their daughter was old enough to understand pain, but still perhaps not choose for herself. And some grown-ish women who wished their parents had pierced their ears as a baby so they wouldn’t remember anything different. There is one account of that here, and maybe it’s similar to regrets you’ve experienced.

Despite the various reasons for getting a baby’s ears pierced, some moms still view it as borderline abuse. This is one article that compiled a handful of the best vitriolic social media exchanges on the topic, in which some moms called to have the practice of piercing babies’ ears illegal.

Why Piercing Our Baby’s Ears Is Still Not For Us, and What To Consider For Yours

I’m not nearly to the one side of this debate as that, but I do still believe that for us, it’s better to wait until Abigail is old enough to decide for herself, and to care for the piercing herself. I’ll be honest, there is already enough going on that I don’t want to add another item to the list. About a third of ear piercings have complications, and that’s something I choose not to deal with right now, with a one-year-old daughter.

There is also the safety factor. We know now that piercing guns are notoriously unsanitary and unsafe. Piercing guns cannot be sterilized, because they are made of plastic. Yikes. Didn’t know that before. The person holding the piercing gun tends to be inexperienced as well, which can cause damage to the ear lobe. I learned through researching this article the reason why my ear cartilage appears to have spider veins is probably due to tissue damage brought on by a piercing gun.

So I won’t be piercing Abigail’s ears until she’s older, but what should you know and where can you go in Pittsburgh to get your little ones ears’ pierced?

Second, why the needle over the piercing gun? Piercing needles are sterilized in an autoclave, which prevents any bacteria or diseases from being transmitted. Needles are also sharper than guns, which causes less trauma to the ear lobe tissue.

If I had gone to a professional piercer who used a needle for my ear cartilage, most likely I would not have the permanent damage I do today. Live and learn.

And third, let your pediatrician know that you plan to get your baby’s ears pierced. I read reports of some doctors’ offices performing piercings, but I couldn’t verify if this is a current practice or not. KidsPlus Pediatrics doesn’t, but they have an informational FAQ on the subject. Regardless, your doctor’s office may be able to get you numbing lidocaine ointment to use for the piercing. 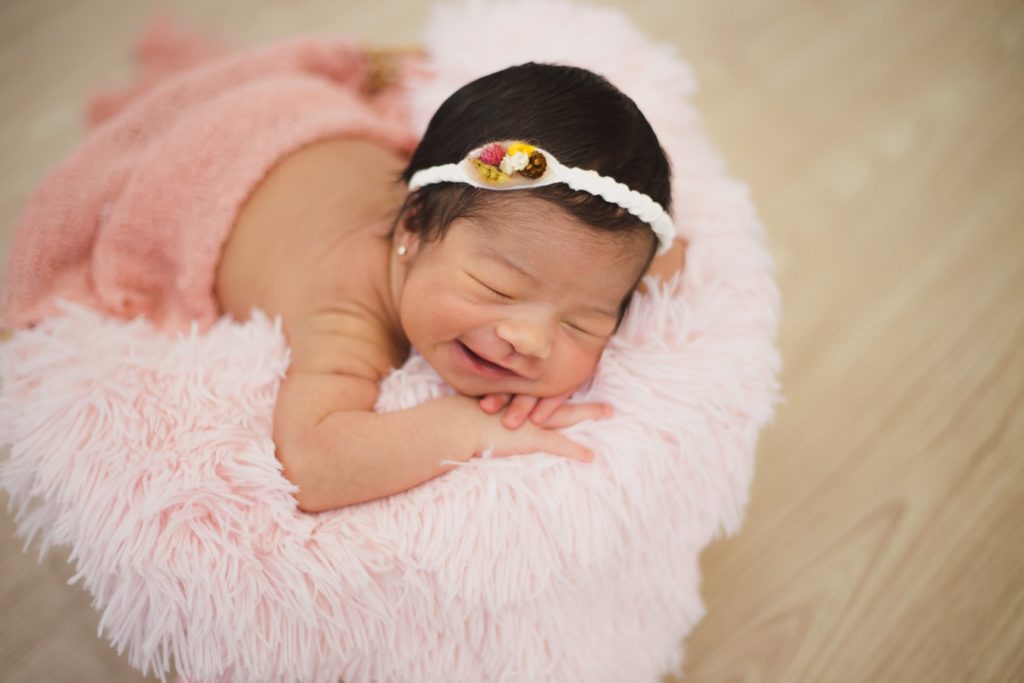 A professional piercing studio. Not Claire’s, not a mall store. The best professional piercings studios won’t make you nervous to bring in your baby. Which one depends on where you live and what your own preferences are. Here are a few reputable piercing shops in Pittsburgh where you can start (note that I have not verified if they do infant piercings, only that the Google Q&A indicated they do children with parental consent and supervision):

What do you think, Pittsburgh Moms? Do you pierce or have you pierced your baby’s ears? Or are you holding off until they’re older? Tell us in the comments!

You may also be interested in reading this post in our archives on why one mom chose to wait until her daughter is older.