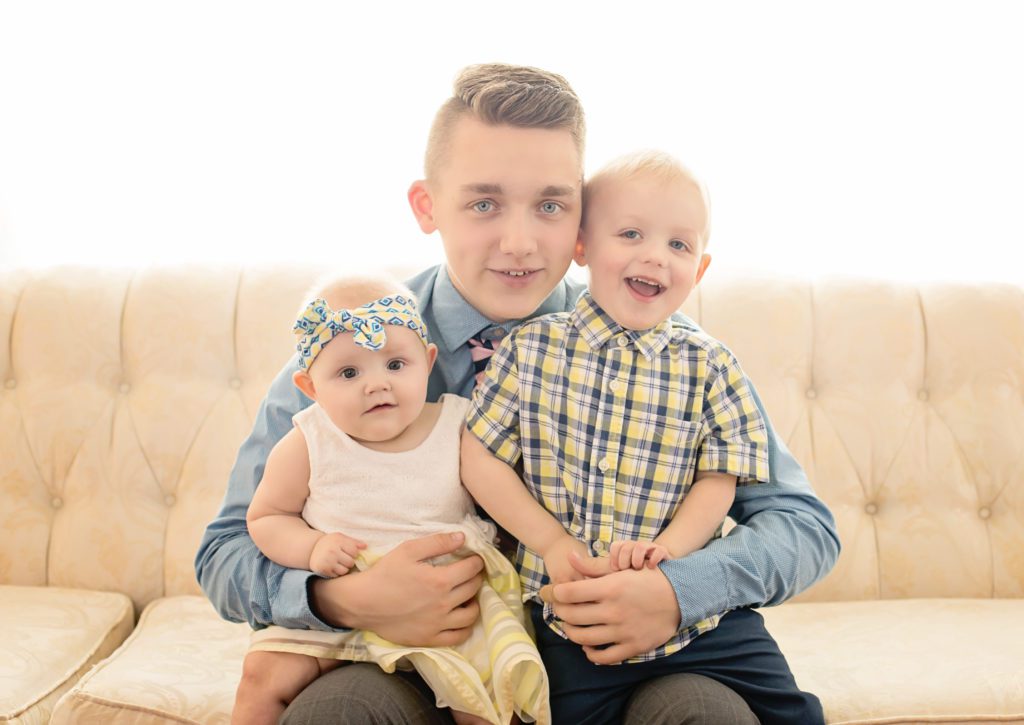 The other evening, our 17-year-old son asked for a job application from our local gym. The employee, a female, told him that they are hiring for the children’s room, but he wouldn’t be able to apply because moms don’t trust their kids with a male. She went further, even suggesting to him “You wouldn’t want to work in the kid’s room anyway.”

A few months ago, my daycare had a temp worker in the infant room, a male. He was very sweet and seemed great with the babies, but he told his coworkers he didn’t feel comfortable changing diapers because he didn’t want to upset the parents. The lead teacher in the infant room even told me that when they had another male caregiver working there before, parents complained about their child being held by a man.

I can’t believe I’m saying this in 2020, but why can’t males care for children, too? Granted, this wasn’t the traditional narrative for decades, but with more two-income households, more women holding the breadwinner status, and more dads taking active roles in parenting and daily household management, the myth that women are better suited to care for children needs to stop.

In our case, my stepson has three younger siblings: Abigail, 1; Gabriel, 3; and Wayman, 9 (on his mom’s side). So Nathan has had plenty of experience caring for and interacting with young kids. With Gabriel and Abigail, he has been there since they were born. No, he has never taken an active role feeding or changing them, but that was because we as parents wanted to set clear boundaries that he is their older brother, not their babysitter. 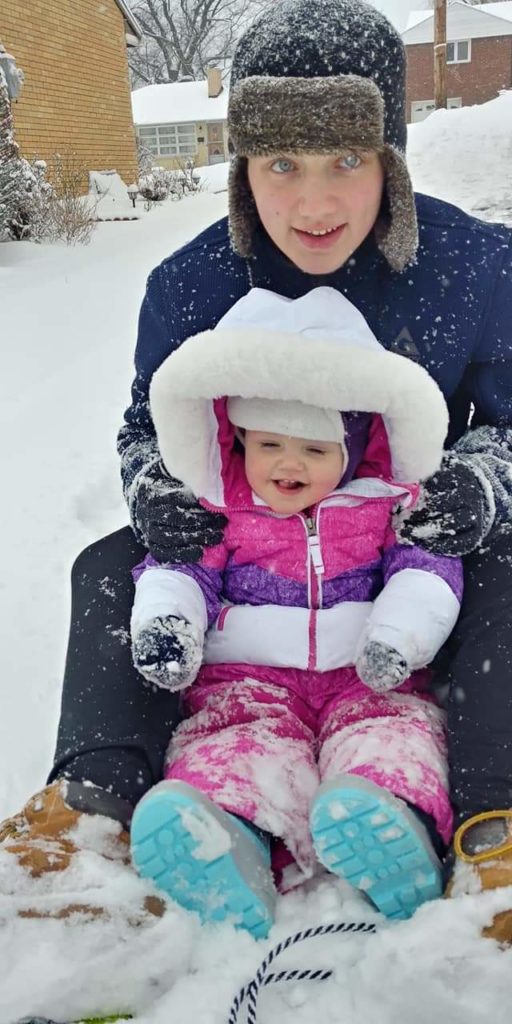 So Nathan holds them. Plays with them. Calms them down. Knows their favorite toys. Reads them books. Intervenes when one doesn’t want to share with the other. Cleans up after them. And for Christmas this year, he even offered to babysit both of them for us so me and his dad could have a night out, since sitters can be hard to come by.

Outside of our immediate family, Nathan was also a youth soccer referee for several years. He’s great with kids and usually doesn’t mind interacting with them. He was just as surprised as I was when he was flat out denied a job opportunity with kids simply because he’s a male.

I posed the question recently to my Facebook friends:

“Would you trust a male babysitter the same way as a female babysitter? Does gender truly matter to you when it comes to who’s watching your kids?”

One mom wrote that she doesn’t trust anyone with her kids; another said she would hire Nate in a heartbeat (thanks, Debbie!). From there, the responses got more interesting and insightful.

Some said that their daycares or gyms already have male caregivers, and it’s not a big deal (and that what was said to Nathan was flat out illegal, which I know). If you have your clearances, another said, it doesn’t matter if you’re a male or female, and also regardless of age. 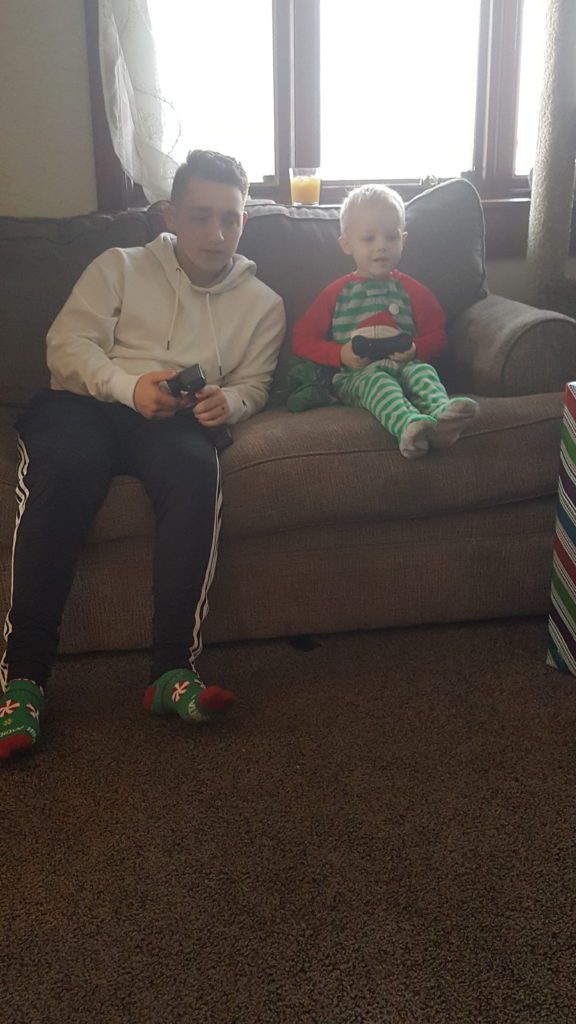 My friend Rachael commented that the issue is likely rooted in “one of those old-fashioned notions that we need to break away from. Because we don’t see as many males in childcare environments as we do females, it makes people feel they NEED to think twice about it.” Another response echoed this, relating the situation to labor and delivery nurses, who are typically female – but that doesn’t mean a male couldn’t or wouldn’t perform just as well in the same capacity; it’s just seen less often.

And another friend felt that the issue stems from statistics, wherein most reported sexual assault cases are perpetrated by men. Despite the fact that few of these cases involve children, it still makes moms concerned.

Then I go back to my daughter’s teacher at daycare, who had firsthand experience of irate parents when a male worker changed their kids’ diapers. My feeling is, if you’re the one who pulled dirty diaper duty, Godspeed, sir.

I trust that the people watching my children at daycare or the gym’s childcare room are there because they’re qualified and have their clearances. I trust that if there was an issue, one of the other teachers or the owner would correct it, regardless of gender. Or I would intervene as necessary.

It makes me think back to when my son was about five months old, and a daycare newbie. He refused bottles, so until he ate solids it was a challenge to feed him when I wasn’t there to nurse him. We eventually found a process that worked, but not before I almost leveled one of the new – and soon-to-be former – daycare workers when I came to pick him up one day, and walked into this woman holding Gabriel down, trying to force feed him with a syringe, while he was screaming and crying at the top of his lungs. That was a woman who had mistreated my son and didn’t know how to care for him – not a man.

There are situations all around us trying to break down traditional gender roles and allow greater opportunities and representation for all – so why aren’t we seeing more of that in childcare? Why are men still so un-trusted to watch children when the basic process of creating a child requires a male’s participation? If there are that many unreliable fathers and father figures out there, then we have a whole different issue to talk about … but if we as moms and parents want things to be more equal for our kids, then let’s start with who they see as their teachers, mentors, authority figures, and caregivers. It’s not just for women anymore. 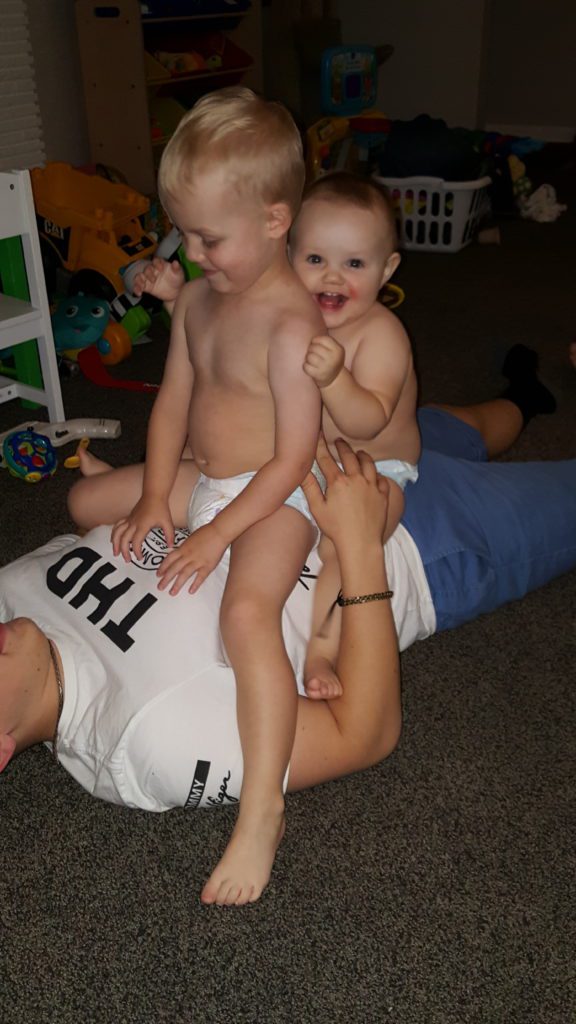